A 'Misunderstanding': China on WHO's rebuke For Delaying Team To Probe Covid-19 Origin 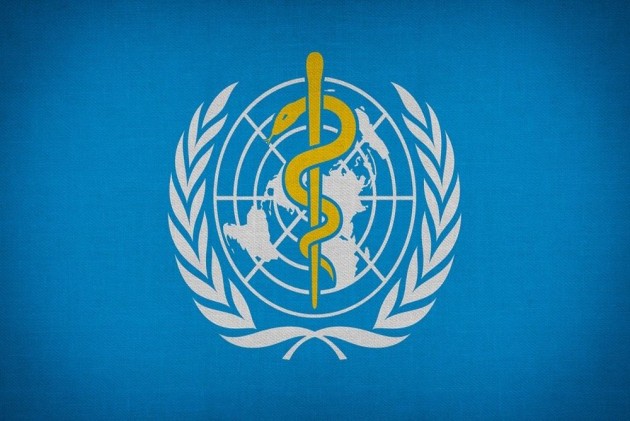 An embarrassed China on Wednesday acknowledged that there could be some "misunderstanding" between Beijing and the World Health Organisation over granting timely permission to experts to visit the country to probe the origin of the coronavirus, even as it gave no indication about when it will allow them to come.

In a rare instance of criticism from the global body, WHO chief Tedros Adhanom Ghebreyesus, who is often accused of being pro-China, in a media conference in Geneva on Tuesday said, "Today, we learned that Chinese officials have not yet finalised the necessary permissions for the team's arrival in China.

"I’m very disappointed with this news, given that two members had already begun their journeys and others were not able to travel at the last minute, but had been in contact with senior Chinese officials."

Tedros said he “made it clear” that the mission was a priority for the UN health agency. “We are eager to get the mission underway as soon as possible,” he said.

The delay by China to finalise the WHO team's arrival is fuelling concern that Beijing is obstructing global efforts to trace the origins of Covid-19, which has so far killed over 1,870,800 people worldwide after the disease broke out in central China's Wuhan city one year ago.

Answering a spate of questions at a media briefing here on Wednesday, Chinese Foreign Ministry spokesperson Hua Chunying sought to downplay Tedros comments, saying that “there might be some misunderstand on this”.

“We can understand Dr Tedros and the WHO,” she said, adding that the two sides are "in discussions" to finalise the dates.

Asked whether the delay is about granting visas to the 10-member of international experts, Hua said, “We have good cooperation with Dr Tedros. We can understand him, but if you like to visit other places, you need to talk in advance to the other side to discuss dates.”

Pointing to the resurfacing of the coronavirus, she said, “There are minor outbreaks all around the world”, adding that Chinese experts and authorities are busy dealing with the epidemic situation at home.

“Still we attach importance to WHO’s visit to China and we have been in discussions. We hope through our discussions and efforts we can make decisions on their dates and arrangements as soon as possible,” Hua said.

China has been proactively questioning the widely-held view that the deadly outbreak broke out in a wet market in Wuhan where live animals, birds and reptiles are sold. The market remained closed and sealed since early last year.

In May last year, the World Health Assembly (WHA) -- the governing body of the 194-member states of the WHO -- approved a resolution to set up an independent inquiry to conduct an "impartial, independent and comprehensive evaluation" of the international response as well as that of the WHO.

It also asked the WHO to investigate the "source of the virus and the route of introduction to the human population”.

On the Covid-19 origin tracing, Hua said China had candid discussions with the WHO.

“We want to help international origin tracing and studies. We are among the first group of countries that cooperated with the WHO,” she claimed.

Hua said China has twice invited WHO experts to come to the country for origin tracing and made the Chinese part of the global virus cooperation plan.

"In October last, we had an agreement with the WHO on the international experts team members and then we had frequent interactions and held four conferences via video link.

"We candidly talked about our results in origin tracing. Recently we have been adopting a positive and constructive attitude in discussing the origin tracing cooperation with the WHO. Now the epidemic situation in the world is very severe. In China, we are also conducting our work to prevent and contain the virus. Our departments and experts are very busy in this work," she said.

Asserting that the origin tracing is "a very complicated matter", Hua said, "To ensure the smooth going of this work, we need to undergo necessary procedures and make specific arrangements and both sides are still in consultations on this."

China on Monday vehemently refuted the US charge that the novel coronavirus was leaked from a bio lab in the country and asserted that the pandemic was likely to have been caused by separate outbreaks in multiple places in the world.