China's CGP has registered a steady decline in the past three quarters. In the third quarter (Q3), it grew 4.9 per cent year on year, slower than the growth of 18.3 per cent in Q1 and 7.9 per cent in Q2. 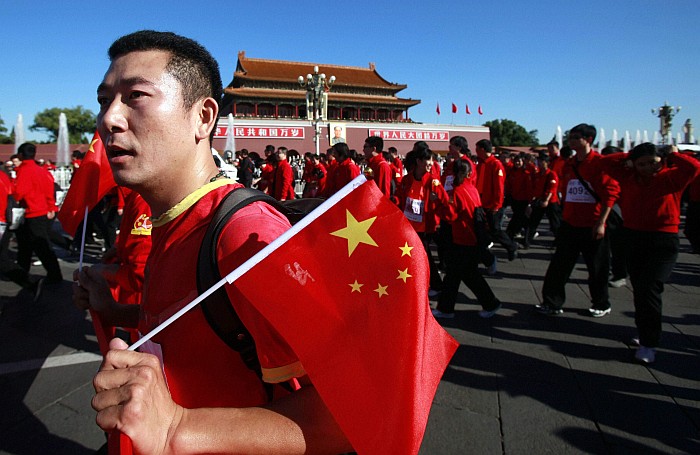 The pressure of coping with the Covid-19 pandemic, coupled with the crisis in the property sector and energy curbs, has put a strain on China's  GDP growth, which is on the decline. In the third quarter, the GDP of the world's second-largest economy grew by 4.9 per cent. This is down from 7.9 per cent in the second quarter, confirming signs of a an economic slowdown in the country.

China, where the Covid-19 pandemic broke out in Wuhan, was one of the quickest to recover from it. However, despite the impressive turnaround in the first few months when China's economy made rapid recovery, hike in raw material costs, low consumer sentiment, energy crisis and a distinct property sector slump seem to have put pressure on the nation.

The Gross Domestic Product (GDP) of the country has registered a steady decline in the past three quarters. In the third quarter (Q3) grew 4.9 per cent year on year, slower than the growth of 18.3 per cent in Q1 and 7.9 per cent in Q2. The Q3 belied surveys of predicting five per cent growth.

Releasing the Q3 data, spokesman of the National Bureau of Statics (NBS) Fu Linghui said that consumption contributed around 64.8 per cent to China’s economic growth in the first three quarters of the year.

“We must note that the current uncertainties in the international environment are mounting and the domestic economic recovery is still unstable and uneven,” Fu said.

“The overall national economy maintained the recovery momentum in the first three quarters… however, we must note that the current uncertainties in the international environment are mounting, and the domestic economic recovery is still unstable and uneven,” the Hong Kong-based South China Morning quoted Fu as saying.

According to the official data, China's retail sales of consumer goods went up 16.4 per cent year on year in the first three quarters this year.

The country's retail sales of consumer goods totalled around 31.8 trillion yuan (about USD 4.9 trillion) in January-September period as per the data.

During the January-September period, China added 10.45 million new urban jobs in the first three quarters, achieving 95 per cent of the target for the whole year, the NBS data showed.

Acknowledging the declining trend of the economy, state-run Global Times in its report on Q3 data said China's economic slowdown in the third quarter not only came amid a lower base effect from last year when the coronavirus pandemic was largely controlled throughout the country, but also amid a range of economic challenges that China is facing now, such as the power crunch and supply chain issues.

The Standard Chartered bank lowered its prediction for China's third-quarter GDP from six per cent to five per cent based on factors including flooding and the lingering effect of regulatory tightening.

The Goldman Sachs projected China's fourth-quarter GDP to grow 3.2 per cent from a year earlier, compared with previous forecast of 4.1 per cent.

The Global Times quoted rating agency Moody's as stating that China's electricity cuts will add to the country's economic stress and weigh on its GDP growth for 2022.

It said that its risks to GDP forecasts could be larger due to disruptions to production and supply chains.

According to experts, the biggest challenge now comes from the investment sector, as market expectations for the property market are trending down as a result of the banks' tightening home loan requirements as well as the Evergrande debt crisis.

Evergrande, China’s largest property company, sparked off a major crisis in recent weeks as it began defaulting its payment of instalments of its USD 309 billion debt.