China's Attempt To Build Dam On Brahmaputra Will Be Encroachment On India's Rights: Government

The government also said that such an act by China will adversely affect the availability of water in its basin during the lean season. 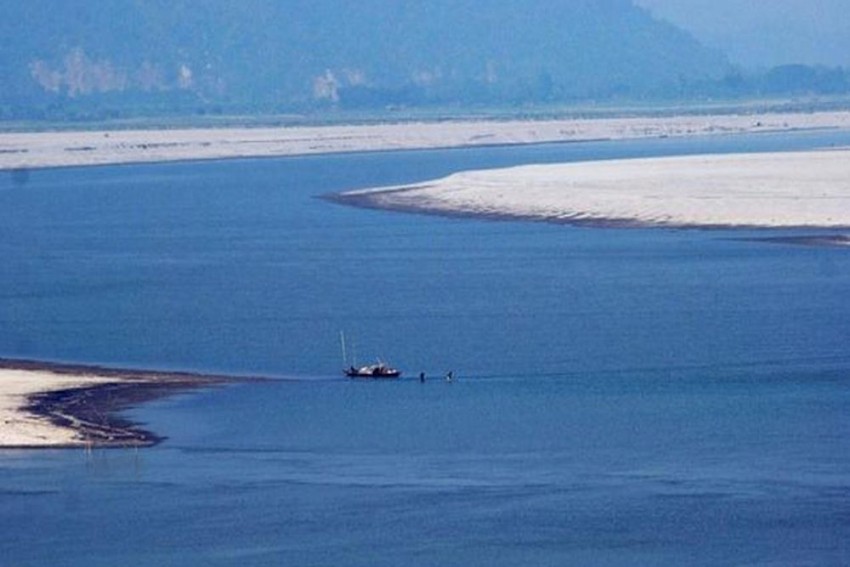 The Indian government on Wednesday termed any attempts by China to set up a hydropower station on the Brahmaputra River as an encroachment on the entitled rights of lower riparian states like India and Bangladesh.

The government also said that such an act by China will adversely affect the availability of water in its basin during the lean season.

The issue was discussed during a review meeting of Central Water Commission by Rattan Lal Kataria, Minister of State in the Jal Shakti Ministry.

"Regarding the alleged plan of China to set up a super hydropower station at the Brahmaputra at Medong, Tibet, the officials apprised that any attempt to divert the water of Brahmaputra river shall act as an encroachment on the entitled rights of lower riparian states like India, Bangladesh and adversely affect the availability of water in the Brahmaputra basin during the lean season," a statement by the ministry said.

"However, there are official platforms - like the Expert Level Mechanism set up between India and China in the year 2006 to discuss various issues related to trans-border rivers," the statement added.

In November, Yan Zhiyong, chairman of the Power Construction Corp of China, said China will "implement hydropower exploitation in the downstream of the Yarlung Zangbo River" (the Tibetan name for the Brahmaputra) and the project could serve to maintain water resources and domestic security.

India too plans to build a multipurpose 10,000 MW reservoir in Arunachal Pradesh to offset the impact

The proposed 9.2 BCM 'Upper Siang' project on the Siang river in Arunachal Pradesh will be able to take the excess load of water discharge and can even store water in case of any deficit, an official said.

Ninty per cent of the Brahmaputra water comes through its tributaries in India during the monsoon season, thanks to the abundant rainfall in the northeast region. It is only in the winters that 80 per cent of the Siang river gets its water from the upper stretches as glaciers become the main source.

During the discussion over flood forecasting and management, an issue pertaining to flooding caused by Brahmaputra river was discussed.

"The CWC officials apprised about the need for setting up a project at Upper Siang/Brahmaputra which shall be highly beneficial for the state of Assam," the statement added.

The mighty Brahmaputra, one of the longest rivers in the world, passes through China, India and Bangladesh and has several tributaries and sub-tributaries.

Yarlung Zangbo originates in Tibet. The river is known as Siang when it enters India through Arunachal Pradesh. It is further joined by several tributaries to take shape of the Brahmaputra.

As a lower riparian state with considerable established user rights to the waters of the trans-border rivers, the Indian government has consistently conveyed its views and concerns to the Chinese authorities and has urged them to ensure that the interests of downstream states are not harmed by any activities in upstream areas.

Under existing bilateral memorandums of understanding, China provides hydrological information of Brahmaputra and Sutlej rivers to India during the flood seasons.

Under the arrangement, China provides flood season data of the Brahmaputra river between May 15 and October 15 every year.

The statement said the minister was informed that there will be better water management by the formation of river basin organisations.

"He was worried about the increasing water conflicts in the country. CWC Officials informed that with the passage of ISRWD (Inter-State River Water Disputes) Amendment Bill, the water conflicts will be solved more quickly. CWC officials also informed that the passage of ISWRD Bill and Dam Safety Bill is very much necessary for holistic management of water resources in the country," the statement added.

He was informed that during the last one and a half year, 10 out of 99 priority projects under PMKSY have been completed.