The New Year is unlikely to see better ties Between India-China as MEA hits out at the Xi Jinping government over the construction of a bridge in Pangong Lake in what the MEA claimed was illegally held territory. 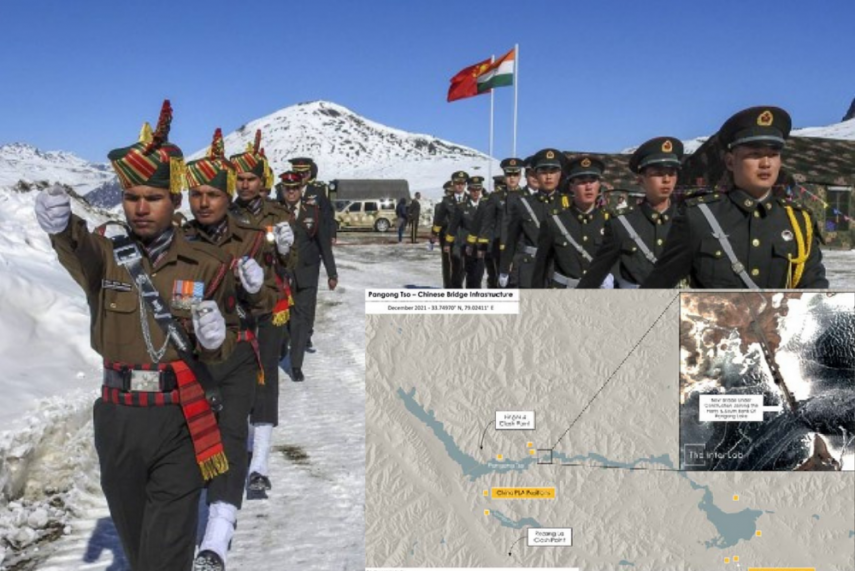 After maintaining a stoic silence over reports of the People’s Liberation Army (PLA) building a bridge on their side of Pangong Lake in Ladakh, the MEA finally decided to hit out at China, indicating that the rift between Asia’s two largest nations will remain as tense that it has been since 2020.

"Government has been monitoring this activity closely. This bridge is being constructed in areas that have been under illegal occupation by China for around 60 years now. As you are well aware India has never accepted such illegal occupation," Arindam Bagchi, MEA spokesman said at the weekly briefing on Thursday.

The Ministry of External Affairs' statements came after reports of the construction of a bridge over Pangong Lake in Ladakh.

Perhaps to fend off opposition criticism that the government has been lax in its response to China’s aggressive moves, he went on to add. "Separately, the government has been taking all necessary steps to ensure that our security interests are fully protected. As part of these efforts, the government has also, in the last seven years, increased significantly the budget for the development of border infrastructure and completed more roads and bridges than ever before,’’ he said. These have provided much-needed connectivity to the local population as well as logistical support to armed forces, he added.

The MEA also ruled out any summit of the Russia, India, China( RIC) group. Ever since a senior aide to Russian President Vladimir Putin has spoken of a meeting between the three leaders, speculation here was that Moscow was hoping to play peace-maker. However, Bagchi made it clear that no such meeting was on the agenda.So chances of cooling of temperatures between India and China appear dim at the moment.

Asked by reporters about China renaming places in Arunachal, the spokesman said, "Calling Tuting as “DouDeng” or River Siyom as “XiYueMu” or even Kibithu as “Daba” does not alter the fact that Arunachal Pradesh has always been and will always remain an inalienable part of India". He called this a "ridiculous exercise to support untenable territorial claims.’’

The spokesperson went on to add, "We hope that instead of engaging in such antics, China will work constructively with us to resolve the outstanding friction points in areas along the Western Sector of the LAC in India-China border areas.’’

The MEA spokesperson also hit out at the Chinese Political Counsellor in the embassy at New Delhi for writing to Indian MP’s who had attended an event organised by the Tibetan Parliament-in-exile asking them to avoid such contacts, he said, "The substance, tone and tenor of the letter are inappropriate. Chinese side should note that India is a vibrant democracy and Hon’ble MPs, as representatives of the people, undertake activities as per their views and beliefs

We expect the Chinese side to refrain from hyping normal activities by Hon’ble MPs and complicate further the situation in our bilateral relations."