The difference this time around was the proposal initiated by France that had no other geopolitical motive except for curbing terrorism. This may have thrown China’s plan off balance. 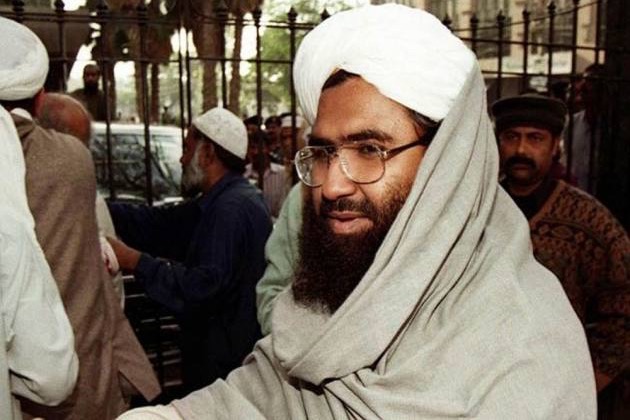 The UNSC’s decision to mark Jaish-e-Mohammed chief Masood Azhar as a “global terrorist” is a huge moral win for India. But the context is China this time, and hence the implications.

International pressure mounted on China is an important part of the story. But the factors that failed Beijing this time included JeM owning up responsibility for the Pulwama attack. Also, the difference this time around was the proposal initiated by France that had no other geopolitical motive except for curbing terrorism. This may have thrown China’s plan off balance.

It seemed, China’s hold on the Masood Azhar case was not a technical but a political one. The turnaround came only after Foreign Secretary Vijay Gokhale visited Beijing to share the evidences on Azhar’s links – that itself marked a change in India’s diplomacy.

Also, China’s change of heart came in the wake of the Sri Lanka bombings; which many believed was meant to derail the Belt and Road Initiative (BRI).

Chinese are known for making astute calculation, sometimes not based on the issue but more on the timing, for bad timings can also emit good results. Beijing’s calibrated turnaround came in the midst of a critical global situation when the United States is determinedly seeking a big-time geopolitical disruption i.e., Iran, Venezuela.

First, Beijing’s behaviour signalled that the impact of the US-China trade war is getting far more serious than anticipated.

Second, Beijing sees that the US decision to bring down oil imports from Iran to zero and no more short-term waivers to both India and China could cause critical strategic consequences. Chinese media astutely wrote how the US actions could disrupt India's economy in a big way.

Third and equally bad is how US President Donald Trump’s tariffs announcement and decision to pull all the plugs on trade issues would have huge repercussions on India’s domestic business and trade. The US actions also stymie India’s Afghan plan; Chabahar port dreams and its Central Asia connect policy.

Masood Azhar is a tiny cog in a bigger wheel; not a core issue of China, but a big-ticket political item for India to take advantage of by China. Beijing thinks it stands to gain by making a token gesture to New Delhi.

Beijing’s decision on Azhar is pregnant with other meanings. First, the timing is perfect to woo India when Washington is squeezing New Delhi on several fronts. Chinese media recently assessed that the constellation of India’s interest with the US is drifting over a number of issues including trade, weapons procurement from Russia, talks with the Taliban and oil sanction on Iran.

To throw into further quandary, Washington could press India to take a firm decision on the US's Indo-Pacific strategy. Clearly, Chinese President Xi Jinping is trying to help himself and also help Prime Minister Narendra Modi respond to the fallout on the US-Iran and trade crusade.

Not unsurprisingly then, India is getting caught badly in the crosshairs of US-China contestation.

Beijing probably realized the reasons behind the US bending backwards to get a direct resolution on Azhar while bypassing the UN’s 1267 sanctions committee. Among others, Chinese would have sensed Washington wants to entice India to play the Dalai Lama card vis-à-vis China.

We don’t know the trade-offs on Masood Azhar. But, the US is clear that to play the Tibet politics would depend on controlling the next reincarnation of the Dalai Lama.

Already, in a move, a US Senate resolution claimed that “identifying a future successor would rest only with the 14th Dalai Lama's private office and any interference from the Chinese government is invalid.”

Accordingly, the Dalai Lama has already dropped a bombshell recently that he expects his reincarnation to be born in India.

The re-born issue has already raised hackles in Beijing and it has reacted very strongly on both the US and Dalai Lama’s statements.

Given the American track record of ensnaring India in its murky agenda, there would be every attempt made to build a case to have him re-born in India, often at India’s cost. If the US succeeds in drawing India in, it would strike at the heart of India-China relations for another century.

By now, Xi would have realized that Modi is unlikely a “strategic pawn” of the US to contain China either on the Indo-Pacific front or on the Tibet front. He is also aware about the need to have India on his side if the Dalai Lama issue is to be resolved in China’s favour. Probably, the Wuhan process was just about that. Let’s see what happens next in Wuhan 2.

Clearly then, President Xi Jinping has decided to bet his stake on Prime Minister Modi and take the Wuhan spirit further after the elections in India are over.

Xi also knows that Pakistan and terrorism are critically linked to India’s domestic electorate prospects. Here Xi has reached out to Modi before Trump.

It couldn’t have been an inadvertent move to display a map during the BRI Forum, showing Arunachal and J&K as part of India. Was Beijing sending a big political message for a boundary settlement during Modi’s second term? Beijing seems in dire need for India to join the BRI.

Importantly, Xi may have significantly contained the pro-Pakistan lobby and also overcome the old guards that resisted a border settlement with India.

As for Pakistan, Xi would have assured Prime Minister Imran Khan of an economic relief, either directly or through an IMF bailout. Poor Pakistanis have no choice but to either accept Azhar’s designation or get “blacklisted” by FATF (Financial Action Task Force) and face further global economic isolation.

However, there is no case for going hyperbolic over the Azhar issue, for it will not entail any tangible results – LeT’s Hafiz Saeed being a precedent case.

Let us be realistic, terrorism is an intrinsic issue rooted in the nature of the Pakistani State.

The drawback of the Masood Azhar episode is Beijing now getting a greater role in the India-Pakistan issue. One doesn’t know what it would mean for the future.

Against all this, a dramatic big-time India-China reconciliatory move seems to be at play at various fronts; including efforts to jointly circumvent the oil sanctions, to offset price hikes caused by the US move. It would be interesting to see how Russian President Vladimir Putin will accommodate Xi’s and Modi’s demand for oil when they meet at the SCO (Shanghai Cooperation Organisation) summit next month in Bishkek, Kyrgyzstan.