Former Union Minister and BJP leader Chinmayanand has been accused of rape and sexual harassment by a 23-year old law student. 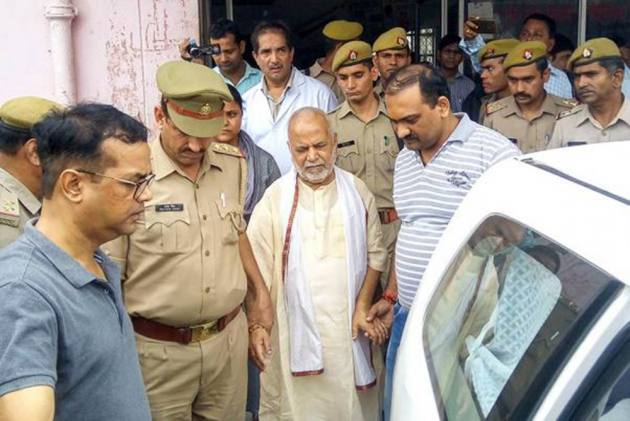 The Supreme Court Thursday set aside an Allahabad High Court order allowing former Union Minister and BJP leader Chinmayanand to get a copy of a woman-law student’s statement who accused him of rape. Earlier, the Allahabad High Court had asked the trial court on November 7, 2019 to provide the accused with the woman’s statement. Today, an SC bench comprising of Justices U U Lalit, Vineet Saran and S Ravindra Bhat set aside that order.

Any statement recorded under Section 164 of the CrPC before a judicial magistrate is admissible as evidence during trial and has more value than the statement given to the police during investigation.

The Shahjahanpur-based law student has levelled charges of rape against Chinmayanand. The law student filed an appeal before the Supreme Court which on November 15, last year had stayed the high court order and had sought responses from the state government as well as from Chinmayanand.

As Slippery As It Can Get! Chinmayanand Case 'Counterproductive' For Women In The Right

‘Law Student Didn’t Complain… Both Used Each Other’: What Chinmayanand’s Bail Order Notes

‘Law Student Didn’t Complain… Both Used Each Other’: What Chinmayanand’s Bail Order Notes

The top court had also directed the Uttar Pradesh government to set up a Special Investigation Team (SIT) headed by an IG-rank officer to look into the charges levelled by the woman, who had gone missing soon after accusing Chinmayanand of harassment. The woman was later found in Rajasthan.

On September 21, 2019, Chinmayanand was arrested by the SIT and sent to jail. The 23-year-old student was also booked on alleged charges of extortion.