Chirag’s announcement has come at a time when he seeks popular legitimacy in a battle with the rival faction headed by his uncle Pashupati Kumar Paras for the party's ownership. 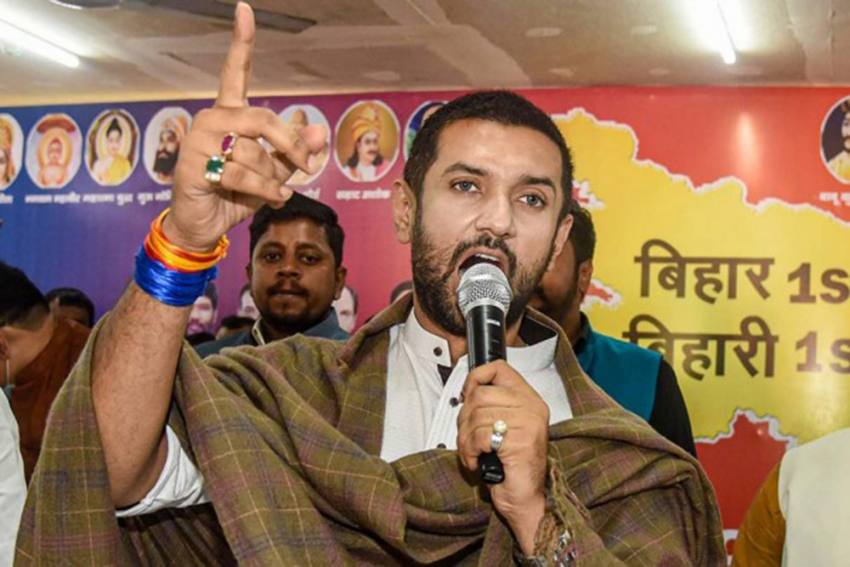 Chirag’s announcement has come at a time he seeks popular legitimacy in a battle with the rival faction headed by his uncle Pashupati Kumar Paras for the party's ownership.

Accusing his family rivals of "stabbing" him in the back, Paswan made the announcement following a meeting of the LJP national executive which endorsed his leadership and hit out at the faction headed by his paternal uncle for working against the party's constitution.

Paras, in turn, dismissed the meeting as an assembly of "rented crowd" and claimed that it held no legitimacy. The Election Commission will now decide whether his group is the real LJP or whether the Chirag-led faction is right, he told reporters.

He asserted that over 90 per cent of the national executive members were in the meeting.

The decision to launch the yatra from Hajipur is significant as Paswan's father was elected to Lok Sabha from there for eight times, and Paras represents the seat now in the House.

Chirag Paswan said Hajipur had been "karmabhoomi" of his father and added that the yatra will roll out across the state and culminate with a meeting of the party's national council.

As he fights an all out battle to reclaim his father's legacy with all other party MPs, including his cousin Prince Raj, siding with Paras, Paswan launched an emotional attack on the rival members of his family for not waiting for even the first death anniversary of Ram Vilas Paswan and stabbing him in the back.

Paras alleged that the national executive meeting called by Paswan was attended by very few genuine members and was full of "renter crowd".

He claimed that the national executive meeting in Patna, which was called by him a days back, was genuine.

Noting that both factions have gone to the Election Commission with claims and counter-claims, he said it was now up to the EC to decide which one represented the real LJP.

Paras claimed that Paswan's elevation as party president in 2019, when his father was alive, was illegal as he was nominated and not elected.