Even though Ram Vilas Paswan and Lalu Prasad Yadav fought with each other for a brief while for the railway portfolio in the UPA government, they otherwise shared a great rapport over the years. 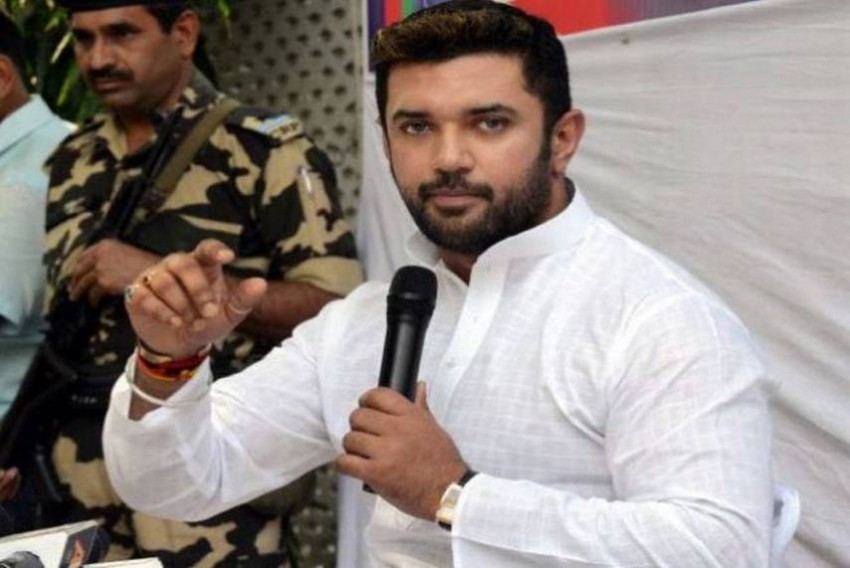 The internecine power struggle in the LJP may not remain the internal affair of the party, as it will have far-reaching ramifications in Bihar. Apart from impacting the Dalit politics in the state, the high drama appears to have set the stage for an alliance between Chirag Paswan and RJD leader Tejashwi Prasad Yadav in their fight against a common enemy: Chief minister Nitish Kumar.

Tejashwi and Chirag may have been on the opposite sides ever since the late Ram Vilas Paswan switched sides from UPA to NDA ahead of the 2014 parliamentary polls but Chirag's unceremonious ouster as the party’s floor leader in the Lok Sabha earlier this week, followed by his ‘sacking’ as the party’s national president in a coup staged by none other than his uncle Pashupati Kumar Paras appear to have automatically brought the two young leaders closer than ever before. However, it is their shared political animosity against Nitish that may well prompt them to join forces in the future.

Both Chirag and Tejashwi have had more than one grudge against Nitish over the years. LJP founder Ram Vilas Paswan’s younger brother, Paras may have led the revolt of LJP MPs but Chirag has reasons to believe that Nitish has played a tacit role from behind the scenes in the whole episode.

The JD-U has denied any role in the LJP imbroglio but rumour mills are working overtime in Patna to suggest that Nitish’s confidants were instrumental in triggering the MPs’ rebellion in Chirag’s party.

It is said that Nitish was mighty peeved at Chirag not only for fielding LJP candidates against all JD-U candidates in the 2020 assembly elections but also at his outbursts against him. At almost all his rallies, Chirag had levelled serious charges of corruption against the Chief minister and also mocked his claims on Bihar’s development. The JD-U lost about 25 to 30 seats because of the LJP candidates. The LJP coup, the grapevine has it, is Nitish’s way of getting even with Chirag and showing him his place in state politics.

The LJP, however, had a long list of grievances against Nitish even before Chirag joined politics. After February 2005 assembly polls, which had thrown a hung assembly and propelled Ram Vilas Paswan as the kingmaker with 29 seats, Nitish had lured a dozen of LJP MLAs to JD-U. In subsequent years, Nitish went on to poach as many MLAs and MLCs of Paswan’s party as possible, the latest being Matihani legislator Rajkumar Singh, who was the solitary LJP candidate to have won the state polls in November last year.

Likewise, Tejashwi has reasons to fire salvos at Nitish. Even though RJD won more seats than its ally JD-U in 2015 assembly polls, Nitish took over as the Chief minister as per a pre-poll understanding between Lalu Prasad Yadav and him. The alliance had won the polls against the BJP-led with a brute majority and yet, Nitish had no qualms in restoring his ties with the BJP to form a new coalition government in 2017. Nitish also did not defend him when BJP leader Sushil Kumar Modi hurled a slew of corruption charges at him and his family members. It will, therefore, not be a surprise if Chirag and Tejashwi agree to share a common platform against their common bête noire.

Incidentally, their parties had stitched an alliance in the past. While LJP and RJD fought the 2004 general elections as part of UPA, Lalu and Paswan had contested the 2009 parliamentary and 2010 assembly polls as pre-poll allies.

Even though Paswan and Lalu fought with each other for a brief while for the railway portfolio in the Manmohan Singh government after the UPA won the 2004 general elections, they otherwise shared a great rapport over the years. Lalu even sent Paswan to Rajya Sabha on RJD support after the LJP supremo lost the polls from Hajipur in 2009. Their political collaboration, however, ended after Paswan went back to NDA shortly before the 2014 Lok Sabha elections.

Although their alliance was not productive enough during the Nitish Kumar era, the scenario appears to have changed now. In the last assembly elections, RJD lost by a narrow margin to NDA. Under Chirag’s leadership, the LJP could win only one seat but it retained its vote share of about 6 per cent. Tejashwi is likely to gain if he stitches up an alliance with Chirag in the future. Though Paras claims to be the true inheritor of his brother’s legacy, it is unlikely that he will get the support of Paswan voters instead of Chirag.

Chirag, however, has to wait for the BJP’s response to his current predicament before he makes the next move. During the last assembly elections, he reiterated his unflinching faith in the leadership of Modi and Amit Shah and categorically stated time and again that he was fighting the polls to ensure BJP’s win and Nitish’s defeat. It was also speculated that he had done that at the behest of BJP to weaken Nitish in Bihar.

However, the BJP has since chosen to keep a distance from him apparently because of Nitish’s firm stand against Chirag. Moreover, Chirag has not yet been inducted into the Narendra Modi government in place of his father. Now, when the stage appears to be set for a possible cabinet expansion, he stands forlorn after being ditched by his party MPs.

Still, he is unlikely to join RJD.  In all likelihood, he would like to keep his party alive and take his father’s legacy forward. But an alliance with Tejashwi sooner or later does not appear to be a far-fetched idea, if the BJP does not offer a bailout package to him.