Modi also said the world has recognised India as a super power in the last five years. 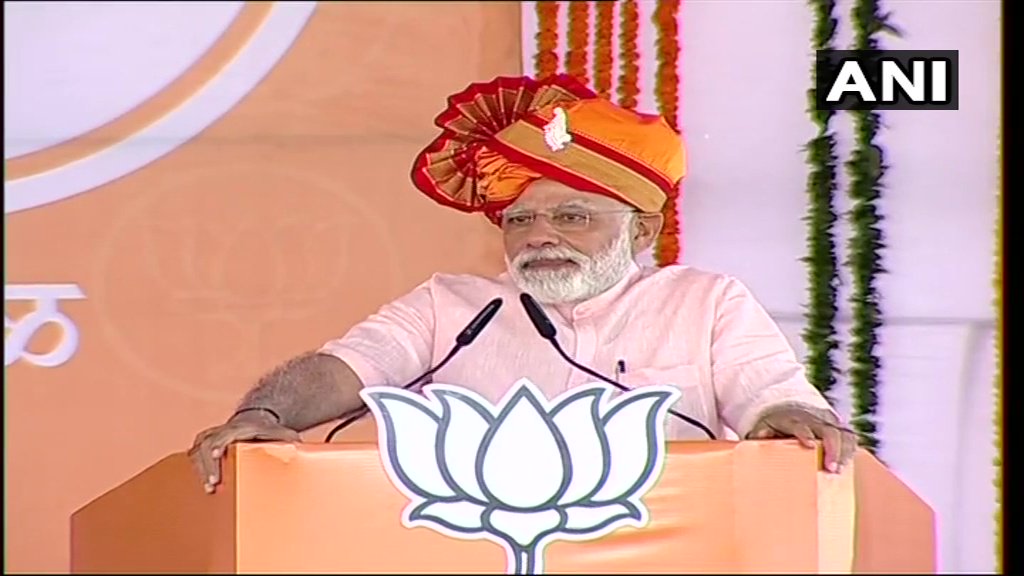 Addressing an election rally in Maharashtra to campaign for Ahmednagar and Shirdi Lok Sabha candidates, Modi also said the world has recognised India as a super power in the last five years.

"Do you remember the previous ten years of the earlier remote-controlled government? Scams and delays in decision- making were the order of the day. You need to now choose between Imandar Chowkidar and Bhrashtachari Naamdar," Modi said.

Reaching out to first-time voters, Modi said," those born in the 21st century will be voting for the first time. Do you agree with the weak approach of previous governments of compromising national security. Is this acceptable to you?"

"I have no expectation from the Congress since it has stopped thinking about people long ago," he said.

Hitting out at Sharad Pawar, Modi said the NCP president had quit the Congress in the name of the country. "Sharadrao, how can you be silent on the two PM demand. Why are you silent? Is this acceptable to you?

"Your party name is Rashtravadi and still you see the country through foreign lens. Is the name Rashtravadi in your party to fool people," Modi said.

Modi said the Congress needs to be decisively defeated to ensure poverty eradication, modern infrastructure and development of all sections of society.

Modi said there have been no terror strikes as the "Chowkidar" has instilled fear in minds of perpetrators of terror that he will find them even from hell and punish them.