BJP’s Raigarh MP Gomati Sai, while raising the issue of alleged religious conversion in Chhattisgarh said tribal people in the state were lured by Christian missionaries for conversion. 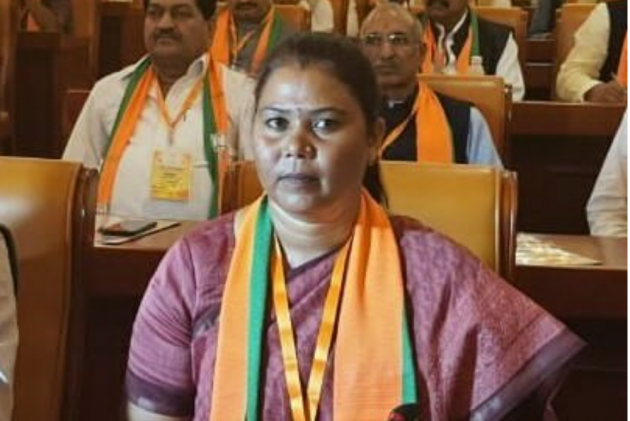 Sai made these remarks, while speaking inside Parliament.

She claimed Christian missionaries are converting “innocent tribals” in Chhattisgarh by “luring and intimidation”.

Referring to a communication by Sukma SP to his subordinates over the activities of the Christian missionaries, she said it clearly shows the dangerous situation pertaining to conversion prevailing in Bastar and Chhattisgarh at large.

Thanking Home Minister Amit Shah for his efforts to bring down the violent activities in Bastar, Sai said that due to the pressure exerted by central forces, the Naxals are on the backfoot.

"But, the Christian missionaries who are converting innocent tribals in Chhattisgarh through luring and intimidation are more dangerous than these Naxals," she said.

The BJP MP also said work is also going to build prayer houses in the ravines of Chhattisgarh.

"I come from Jashpur in Chhattisgarh which has been suffering due to religious conversion since years," she said.

Sai also hailed former BJP MP Dilip Singh Judeo for his "fight against religious conversion"and said he brought back lakhs of families who had left Hinduism to their religion through "mission ghar wapsi".

She demanded that the religious conversion being "carried out by missionaries" should be immediately stopped and a strong law be put in place against so that people do not indulge in such activities.

He also showed a bundle of papers and said these were bills of water and electricity with some of them going into lakhs of rupees.

Verma alleged that this was a "scam" in which on one hand the Delhi government was claiming that electricity and water had been made free and on the other bills worth lakhs were being slapped on people. He sought a probe into the matter.

Also during question hour, TMC MP Nusrat Jahan Ruhi raised the issue of disinvestment of "profit-making" PSUs by the government.

She said Prime Minister Narendra Modi should come to the House and state what is the roadmap of the government with respect to the future of PSUs. (With PTI inputs)