I have no one to blame but the current administration of Jawaharlal Nehru University that left no stone unturned in their sadomasochistic assault on one of India’s finest seats of learning. 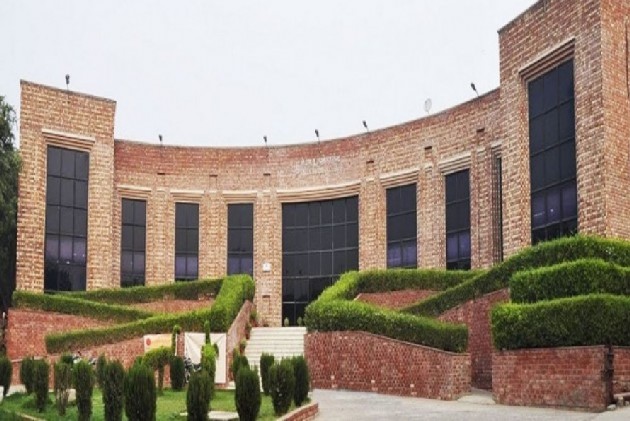 Jawaharlal Nehru University (JNU) administration is unique. Perhaps even matchless in the history of education. We have heard numerous stories of varsity administrations making tireless efforts to improve academic standards, minimize violence and public disorder on campus and enhance institutional reputation. Most such efforts have failed because either the teaching community was irredeemable or the students incorrigible.

Ironically, the situation in JNU is just the opposite. The teachers and students (at least a majority) are famously committed to maintaining the university’s hitherto impeccable academic credentials and democratic culture. The administration, however, is hell-bent on destroying everything that made JNU a formidable name in the academic and intellectual world. They vilify and even penalize professors who enjoy international reputation in their fields and recruit pseudo-academics whose only claim to global fame is due to their expertise in plagiarism.

Take the recent story of JNU asking Professor emerita Romila Thapar to submit her CV for ‘evaluation’. It is unfair to criticize the JNU administration for what they did. The knowledge-proof are instinctually prone to demand proof from the knowledgeable. We all know so many people who have never heard of Professor Thapar, or for that matter, Bertrand Russell with whom Professor Thapar once chaired a session during her early days.

If you ask a few passersby on the street about these names, I am sure you will draw a blank. The difference, though, is serious enough, none of them holds top positions in a university. However, if your interlocutor is a student or a teacher of the sprawling WhatsApp university, which now offers crash courses in history, he or she will tell you, with the supreme self-confidence typical of the intellectually challenged, that she is a bad and seditious historian.

I am a former student of JNU who credits it for everything in his life, including this column. I wrote a memoir of my life in JNU, which received critical acclaim in Malayalam. I am now facing a serious dilemma: After the second edition of the book sold out, my publisher has been insisting on the third edition, which I am now reluctant to bring out because the JNU of the 1990s I passionately wrote about is no longer existent. I am afraid my depiction of the then campus will make readers who have known it only during the past few years think I am a liar.

And I have no one to blame but the current administration of the varsity that left no stone unturned in their sadomasochistic assault on one of India’s finest seats of learning. The polarization inside the campus is so pronounced that the haves and have-nots (in terms of knowledge) in JNU do not see eye to eye. This is not as simplistic as it sounds. The problem with the right-wing in India is, as Ramachandra Guha pointed out, it does not have respectable scholars and intellectuals that enjoy credibility.

This is why even on campus such as that of JNU, the right-wing had to assign the demolition job not to scholars capable of confronting the alleged left-wing domination, but to charlatans and academic mediocrities with proven antecedents in lumpenism. They know they cannot argue with their critics because that requires, as a Tamil comedian once said in a film, "a good kidney in the head". Hence, their resort to the exercise of absolute power and authority as manifested in numerous academic council meetings in JNU and show-cause notices issued over the past few years.

Thinking is increasingly becoming riskier and punishable in India. The controversial Palestinian poet Rashid Hussein had adorned the walls of his New York apartment with a huge map of the world on which he marked out the Arab world with the words: “Thinking is prohibited here”. When I read about it while studying in JNU, I could not help contrasting his frustration with my happiness at being in JNU and in Delhi, where the incessant hair-splitting on ideas and politics knew no bounds. That was then.

Will JNU survive the morons? It will for sure because resistance to both tyranny and ignorance as well as the irrepressible and sublime lust for freedoms are at the core of its DNA. The victory, yet to be declared, of the United Left in the students union elections, is an eloquent testimony to the varsity’s steadfast defiance. No doubt, it is going through trying times, but this too will pass.

(The author is a cultural critic and commentator writing in both English and Malayalam.  Views expressed are personal)