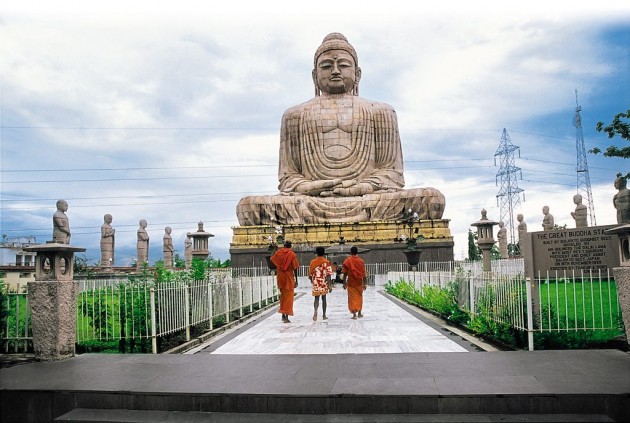 A clay modeller in Kolkata is working on a 100 feet tall statue of Lord Buddha, which he claims is the largest in the country. Modeller Mintu Pal is making the statue so for its installation at a temple in Bodh Gaya next year.

Buddha International Welfare Mission is behind the initiative for installing the giant statue at its temple in Bodhgaya by Buddha Purnima next year (2022), Pal said on Thursday.

The fibreglass statue of Buddha in a reclining posture is being made in parts at a ground at Ghoshpara area of Baranagar by Pal.

A spokesman of the organisation said as per their knowledge, this would be the largest Buddha idol in the country.

"'Work is going on smoothly. But it will take months to finish chiselling different parts, which will then be transported to the temple," Pal said.

The statue will be assembled at the temple for the final shape.

Pal had earlier made an 80-feet-high Durga idol at Deshapriya Park area of the city in 2015, which was touted as the largest one of the goddess in the world.