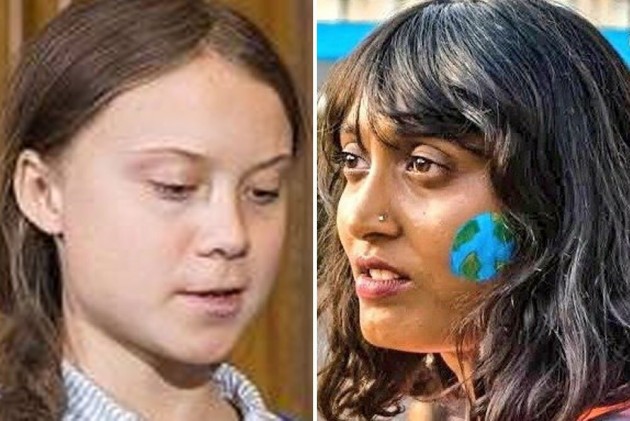 The Delhi Police on Monday said that climate activist Disha Ravi, advocate Nikita Jacob and Pune-based engineer Shantanu, created a toolkit on the farmers’ protests that was shared by Swedish climate activist Greta Thunberg on Twitter.

The Delhi Police on Monday said that Disha edited and shared the toolkit with Swedish climate activist Greta Thunberg via the Telegram mobile application adding that Disha also "coaxed Thunberg to act on it".

The Delhi Police have also alleged that the trio created the toolkit to tarnish India’s image.

"Disha, Shantanu and Nikita created and edited the toolkit. Disha sent the toolkit to Greta Thunberg through the Telegram app. Disha also deleted a WhatsApp group which she created to spread the toolkit. Due procedure was followed during Disha’s arrest," Joint Commissioner of Police (Cyber) Prem Nath said.

Earlier, a Delhi court issued a non-bailable warrant against Nikita Jacob and Shantanu. Soon after the warrant was issued, Jacob, approached the Bombay High Court seeking transit anticipatory bail. The high court has said it would hear the plea on Tuesday.

On Saturday, the Delhi Police arrested Disha Ravi from Bengaluru in connection with the case.  A Delhi court remanded her in police custody for five days on Sunday.

The toolkit has been cited by some critics as "proof" of a conspiracy being hatched by Greta Thunberg to fuel protests in India.

Earlier this month, Delhi Police’s Cyber Cell had lodged an FIR against other "pro-Khalistan" creators of the toolkit for waging a "social, cultural and economic war against the Government of India".

The case has been registered on charges of criminal conspiracy, sedition and various other sections of the Indian Penal Code.