Climate Change Is Not Just About Carbon, There Is Nitrogen Too! 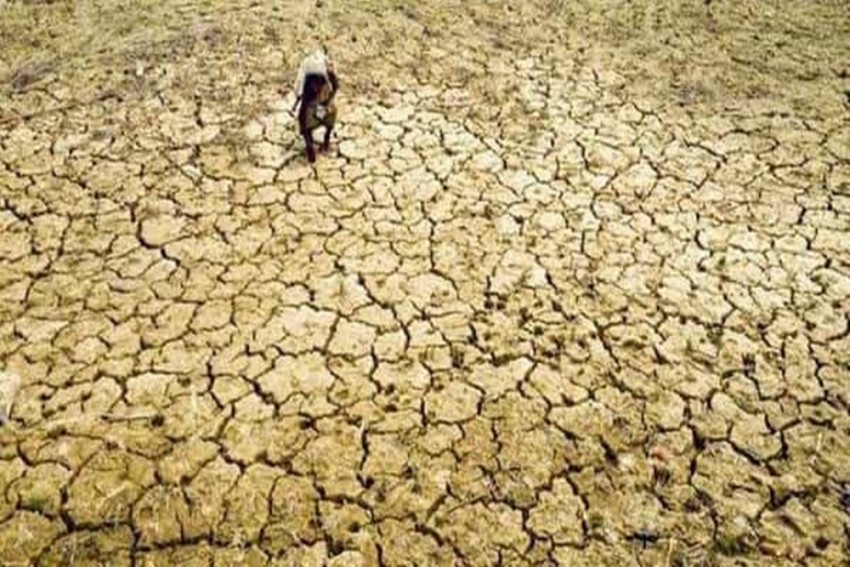 For the world battling unprecedented floods, fires and other extreme weather events, the latest report of the Intergovernmental Panel on Climate Change (IPCC) released on 9th August 2021 couldn’t have been more timely. The contribution of the working group 1 to the 6th assessment report (AR6) titled “Climate Change 2021: The Physical Science Basis” reaffirmed the worsening status of climate change. Coming 7 years after the 5th assessment report released in 2014, it unequivocally stated that human influence has warmed the atmosphere, ocean and land. Human activities are responsible for erratic weather, monsoon and frequent cyclones, which are also ever more relevant to the Indian context. The message about some changes which are “irreversible” is an eye opener and also scary. There is clearly a need for urgent response from governments all over the world.

The dedication of hundreds of scientists and experts from all over the world in bringing out these reports needs to be lauded. But perhaps it is time to improve some aspects of public communication, especially considering their main purpose. IPCC was created in 1988 “to provide policymakers with regular scientific assessments on climate change, its implications and potential future risks, as well as to put forward adaptation and mitigation options”. Indeed, IPCC reports succeeded in simplifying complex scientific details to convey some basic actionable messages and statistics linking climate change, greenhouse gases (GHGs) and human economic activities. Expressing the effects of multiple GHGs in terms of carbon dioxide (CO2) also helped in focusing public attention on carbon as the main target of climate action due to its sheer abundance and domination in anthropogenic release.

But this carbon-centric communication has outlived its purpose and repeating it the same way over the last 3 decades has the opposite effect: Most people, policy makers and even many scientists think that climate change is only about CO2. Or just carbon, as some have heard of carbon-trade while few others are aware that other carbon compounds such as methane and carbon monoxide are listed among GHGs. This carbon-centric (mis)understanding has major implications for climate action: For example, how many people know that nitrogen fertilizers are the biggest source of nitrous oxide globally and that it has 265 times higher global warming potential (GWP) than CO2? Or that it is growing as fast as CO2 or methane in some scenarios projected by IPCC for the next few decades? This also has particular implications for India, as nitrous oxide emissions overtook methane over 15 years ago in Indian agriculture. But most people in India and elsewhere in the world still think that agriculture is only a victim of climate change and does not contribute to it!

Explained: 5 Things To Know About The New UN Report On Climate Change

The IPCC full report, despite its major emphasis on CO2, also includes methane, nitrogen compounds and short-lived climate forcers (SLCF), although not as comprehensively. However, the summary for policy makers (SPM) almost entirely emphasises only CO2 and all other gases are rarely mentioned.  One can argue that the report converted all greenhouse gas (GHG) emissions into CO2 equivalents so that they can be compared. Or that although the Global warming potential of N2O and methane are 265 times and 28 times higher than that of CO2, the high abundance of CO2 (410 ppm) as compared to N2O (0.332 ppm) and methane (1.866 ppm) make it the most important player. True, but it is not the only player, as it seems.

If there is a small quantity of a specific GHG, it doesn't mean we should ignore it. CO2 is a wild creature whose growth is very hard to control, let alone reduce, looking at the nexus of oil, energy and world economy. So why not discuss other gases in clear terms so that their mitigation message can also go to policy makers and the public at large. For example, nitrogen dioxide and other nitrogen oxides (NOx) not only act as indirect GHG but also chemically react to produce another GHG, ozone. Their control not only benefits climate but also helps in improving air quality. This is highly relevant for India, which is home to 14 out of 15 world’s most polluted cities. Around 25% of today’s warming is driven by methane from human actions and its growth as of today is 156% as compared to 47% of CO2 since 1750AD.

For many years, reactive nitrogen compounds were treated peripherally in the climate conversations of IPCC. The International Nitrogen Initiative is the only voice to highlight it for the last two decades. Reactive nitrogen pollution affects much more than climate change, while there is only one IPCC for climate with intergovernmental resources and mandate, so they must work together on nitrogen. In any case, it is high time that climate scientists in general and IPCC in particular, start to expand the public messaging on climate to include other greenhouse gases for the benefit of policymakers. The nitrogen and methane moment is now. Acting now will have immediate benefits to the climate that reductions in CO2 alone cannot provide. It may at least slow down the pace of global warming because their reductions are crucial and relatively less challenging.

India is better placed to take a lead here and show an example to the world while protecting its economy. The Indian government successfully led the UN resolution on ‘sustainable nitrogen management’ in the 4th UN Environment Assembly in 2019. While the Indian approach to the upcoming Glasgow Climate Summit (COP26) in November 2021 is not yet clear, it makes eminent sense to use its global environmental leadership on nitrogen for a more aggressive all-round climate action. Way back in the 1990s, when the earliest IPCC reports estimated methane emissions from paddy fields as ~30Tg/Year and contributing immensely to climate change, Indian scientists measured and corrected it as 4Tg/year. The correction in subsequent IPCC reports eased pressure on Indian government and agriculture. Building on this experience and the recent restructuring of external affairs ministry, Indian government should harvest its huge Indian scientific soft power for its environmental diplomacy. Similarly, our climate modellers should integrate detailed atmospheric chemistry and nitrogen to methane related photochemical reactions in climate models rather than just using them only as radiative markers peripherally. This is one area we may take a lead in the time to come.

The views expressed are personal)