Flash floods were reported from Jammu and Kashmir on Monday following a cloudburst in the Ganderbal district. 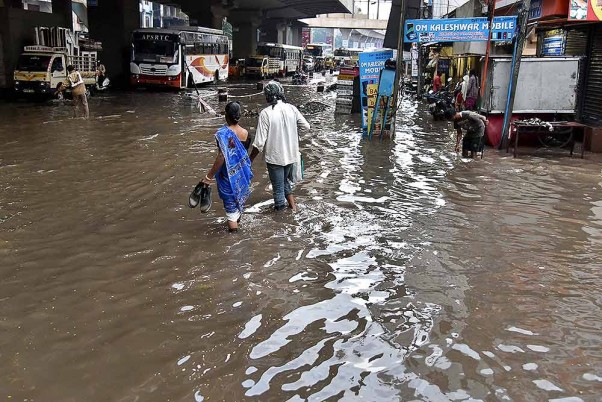 Even as flash floods wreaked havoc across parts of Himachal Pradesh following incessant rains and a cloudburst in Dharamshala, Jammu and Kashmir also struggled with flooding following a cloudburst in the Ganderbal district.

According to reports, the cloudburst triggered flash floods in the area on Monday, and caused damage to highways and residential properties. Considerable damage was reported from the Watlar area of Lar in Ganderbal, India Today reported.

Flooding was also triggered by incessant rains in the area. According to the meteorological department, the district of Jammu received maximum rainfall at 150 mm in the last 24 hours before 8.30 am on Monday. Katra and Khanbal received 76mm and 28 mm respectively, Hindustan Times reported.

The reports came even as widespread damage caused by flash floods was reported from parts of Himachal Pradesh on Monday. The Chandigarh Manali Highway has been closed due to a landslide near Pandoh. Visitors and commuters have been asked to avoid this route and take IIT Mandi Route instead in order to reach Kullu and Manali.