Delhi was swept by a cold wave as the temperature dipped to 3.8 degrees Celsius. The weathermen have predicted cold wave conditions will persist in Delhi for the coming days. 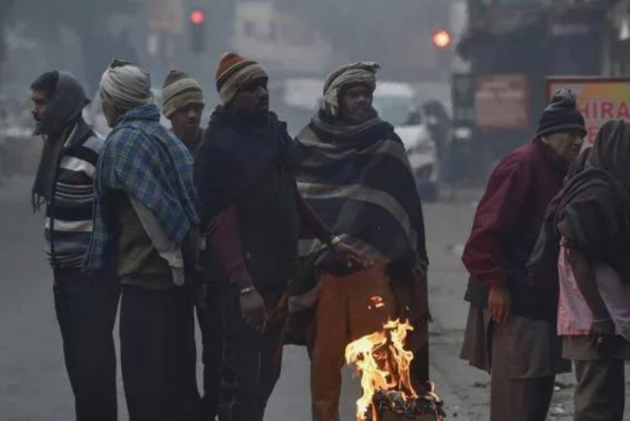 Delhi woke up to cold wave conditions on Friday as the minimum temperature dipped to 3.8 degrees Celsius, according to the India Meteorological Department (IMD).

Similar conditions are likely to persist for the next few days, the weather department has forecast.

The maximum temperature is likely to settle at around 19 degrees Celsius and there will be shallow fog, it said.

Delhi had experienced cold wave conditions on December 20 and December 21 as well, when the minimum temperature settled at 3.2 degrees Celsius, the lowest so far this season, and 4 degrees Celsius respectively.

The IMD has forecast cold wave to severe cold wave conditions in northwest India till January 3.

The city's air quality was in the "very poor" category as the Ministry of Earth Sciences' SAFAR system recorded an Air Quality Index (AQI) of 308 on Friday.