Delhi Police said a Crime Branch team is probing the case in a 'scientific and professional manner and evidence is being collected'. 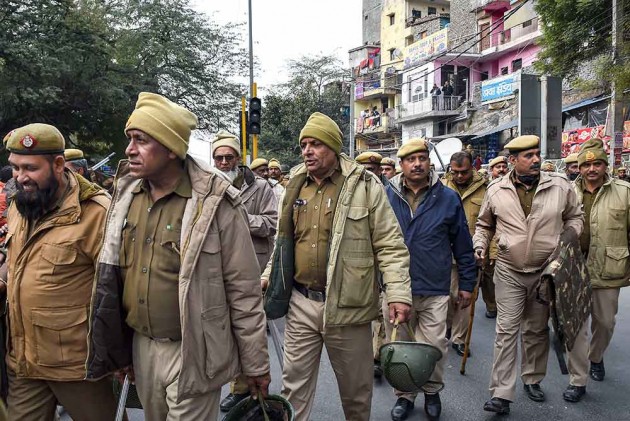 Delhi Police on Tuesday issued a public appeal seeking pictures, footage or any information related to about Sunday's violence in JNU campus that left 34 people injured even as forensic teams looked for evidence.

Teams from Physics, Chemistry and Biology divisions of the Forensic Science Laboratory (FSL) were in the university, sources said.

A team of photo experts from the FSL was also present at the campus.

Delhi Police has requested the FSL to also send a computer forensics team to analyse CCTV footage and it is likely to visit the university on Wednesday, according to the sources.

"A Crime Branch team of Delhi Police is probing the case in a scientific and professional manner and evidence is being collected," said Anil Mittal, Additional PRO of Delhi Police.

Delhi Police's Crime Branch issued a public appeal urging "all those who are witnesses to the incident or have any information about the incident or have captured any activity on their mobile phones or camera" to "come forward and give their statements/footage/picture in their possession to the SIT".

The Special Investigation Team (SIT) of Crime Branch is headed by Joy Tirkey.

Joint Commissioner of Police (Western Range) Shalini Singh, who is heading a fact-finding committee to probe the incident, also visited the JNU campus and spoke to students and teachers.

Singh visited all the spots and interacted with the students on campus.

Security has been strengthened in the campus following the violence. Police personnel in large numbers are present near various gates of the university to ensure that no untoward incident takes place.

Police has barricaded the gates and only visitors with valid identity cards are being allowed entry.

An FIR has been registered against unidentified people in connection with the violence.

The Crime Branch, along with the local police team, had visited the campus on Monday to collect evidence, including CCTV footage.

The agency is scanning all CCTV footage of the incident and also the video clips uploaded on social media and circulated on WhatsApp, according to police.