Officials said that both India and China remain committed to the objective of complete disengagement. The official also said the process is intricate and requires constant verification. 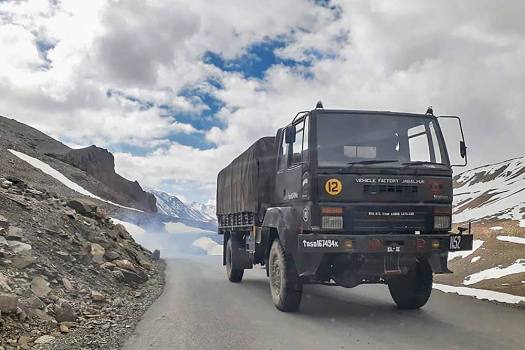 The process of complete disengagement of troops in eastern Ladakh is "intricate" and requires constant verification, the Indian Army said on Thursday after the fourth round of marathon military talks between India and China.

The army said senior commanders of the Indian and Chinese military reviewed the progress on implementation of the first phase of disengagement and discussed further steps to ensure complete withdrawal of troops in the region.

The commanders held 15-hour-long negotiations in Chushul on the Indian side of the Line of Actual Control(LAC) from 11 AM on Tuesday to 2 AM on Wednesday during which modalities for the complex disengagement process were extensively discussed.

"The senior commanders reviewed the progress on implementation of the first phase of disengagement and discussed further steps to ensure complete disengagement," the Indian Army said in a statement.

"The two sides remain committed to the objective of complete disengagement. This process is intricate and requires constant verification. They are taking it forward through regular meetings at diplomatic and military level," it said.

The Indian delegation was led by Lt Gen Harinder Singh, the Commander of the Leh-based 14 Corps, while the Chinese side was headed by Major General Liu Lin, Commander of the South Xinjiang military region.

The army also said the talks between the two sides were consistent with the consensus reached between the Special Representatives of India and China on July 5 to discuss complete disengagement.

How Sachin Pilot's Rebellion Against Ashok Gehlot Grew Over 19 Months