The Indian Army has been firmly dealing with infiltration bids and incidents of unprovoked firing by Pakistani Army along the Line of Control (LoC) in Jammu and Kashmir. 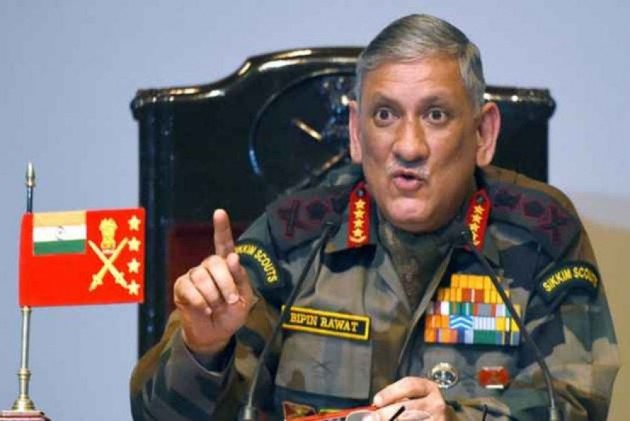 Army Chief General Bipin Rawat has said that the complex and dynamic security challenges which India is facing along its borders are a threat to the country's territorial integrity and internal stability.

He hailed the collective grit, determination and sacrifices of the troops in standing up to the challenges along the borders as well as in combating threats of terrorism in a new year message to the Army personnel.

"We are facing complex and dynamic security challenges along our borders which threaten territorial integrity and internal stability of the nation," Gen. Rawat said.

He, however, did not mention about the situation along India's nearly 4,000- km frontier with China or along the Line of Control in Jammu and Kashmir.

"Our steadfast resolve to ensure territorial integrity has been evident from the collective grit, determination and sacrifice of our troops who have stood their ground under the most challenging, inhospitable and most hostile circumstances," Gen. Rawat said.

The Indian Army has been firmly dealing with infiltration bids and incidents of unprovoked firing by Pakistani Army along the Line of Control (LoC) in J and K.

The Army has also improved its vigilance in several key sectors along the border with China following last year's Doklam episode.

"All ranks have displayed highest degree of sincerity and commitment while guarding our frontiers, combating terrorism and insurgency," the Army Chief said.

He also appealed to the 12-lakh strong Army personnel to work with added zeal in dealing with security challenges facing the country.

"We need to continue to work with added zeal while upholding our core values of integrity, loyalty, duty, respect selfless service, courage and honour to fulfil our constitutional obligations and assigned roles," he said.

Gen. Rawat described his force as one of the most disciplined and professional armies in the world, adding that it must preserve that pride with dignity and honour.

"I am sanguine that the rank and file of the Indian Army will continue to discharge their responsibilities in the best traditions of our organisation," he said.

Gen. Rawat also mentioned about the "stellar role" the Army played during the devastating floods in Kerala as well as the way it has discharged its duties in the UN missions.