Doctor made to believe of the ‘magical’ features of the lamp that summons a ‘genie’. 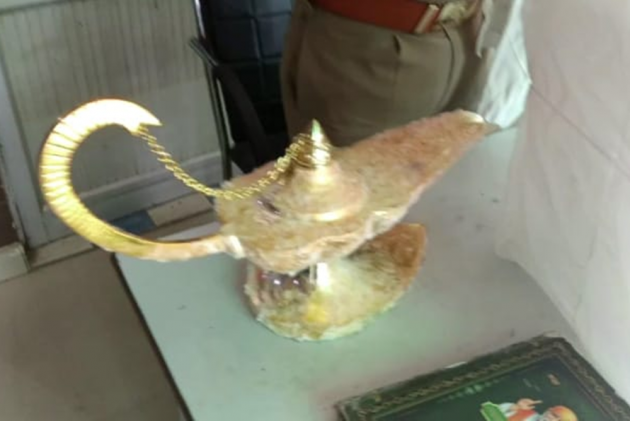 Dr LA Khan, a doctor in Meerut, was allegedly duped by two conmen who cheated him of Rs 31 lakh by selling him “Aladdin’s lamp” — a magical article from Middle Eastern folklore.

The two conmen, identified as Ikramuddin and Anees, also convinced the doctor of the “magical” features of the lamp that summons a “genie” who fulfils all wishes on rubbing the lamp.

According to a report in NDTV, Dr LA Khan, said that the con artists managed to summon the "Aladdin". While describing the details of the deal between him and the two con men Khan said that later he realised that one of the accused had posed as the Aladdin.

The same report quotes Khan telling that he first met the two men when they brought a woman for treatment and described her as their “ailing mother”.

"I started visiting their home to treat the supposed mother. The visits continued for over a month. Gradually they started telling me about a baba (godman) whom they claimed also visited their home. They started brainwashing me and asked me to meet this baba," Dr Khan said in his complaint.

The accused men have been arrested after an FIR was filed with the local police on October 25.