After the 'Kausarbaug' building collapsed in Mumbai's Dongri area, killing 11 people and trapping around 40 others under its debris, the question of the ownership of the building has now cropped up. 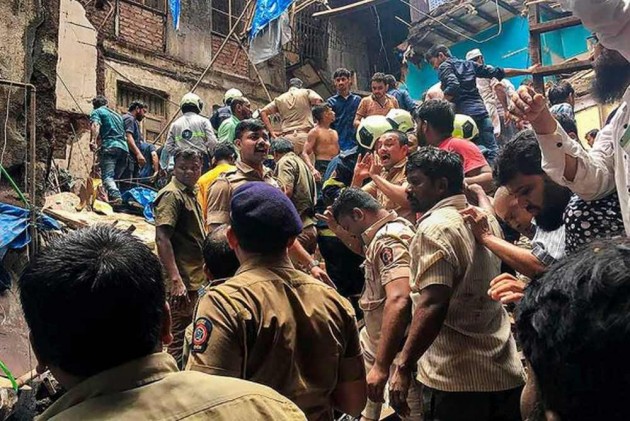 After the 'Kausarbaug' building collapsed in Mumbai's Dongri area, killing 11 people and trapping around 40 others under its debris, the question of the ownership of the building has now cropped up, according to agency reports.

The building is that slated to be around 100 years old and according to a letter that surfaced after the accident it is learnt that Brihanmumbai Municipal Corporation (BMC) had written to MHADA (Maharashtra Housing and Area Development Authority) saying that 'the building is classified as 'C1', to be evacuated for demolition at the earliest...In the event of any mishap, the office won't be responsible.'

The letter is dated 7 August 2017  according to a news agency.

The building, located in a congested lane in Tandel Street in the densely-populated locality of Dongri, collapsed around 11.40 am, according to the disaster management cell of
the BMC.

About 40 to 50 people are feared trapped under the debris, civic officials said.

While Congress legislator Bhai Jagtap has alleged that residents had been complaining to MHADA (Maharashtra Housing and Area Development Authority) to take prompt measures as the building was very old and in a dilapidated state, a top MHADA office-bearer denied that the building belonged to the authority.

Vinod Ghosalkar, chief of the repair board of MHADA, said the building did not belong to the housing body as mentioned by a few locals and Jagtap.

Ghoslakar's statement came even as officials of MHADA reached the site to assess the situation.