'The government has miserably failed in tackling the pandemic due to mismanagement. Now don't blame us and our protests.We are stopping it from today,' says Leader of the Opposition Ramesh Chennithala 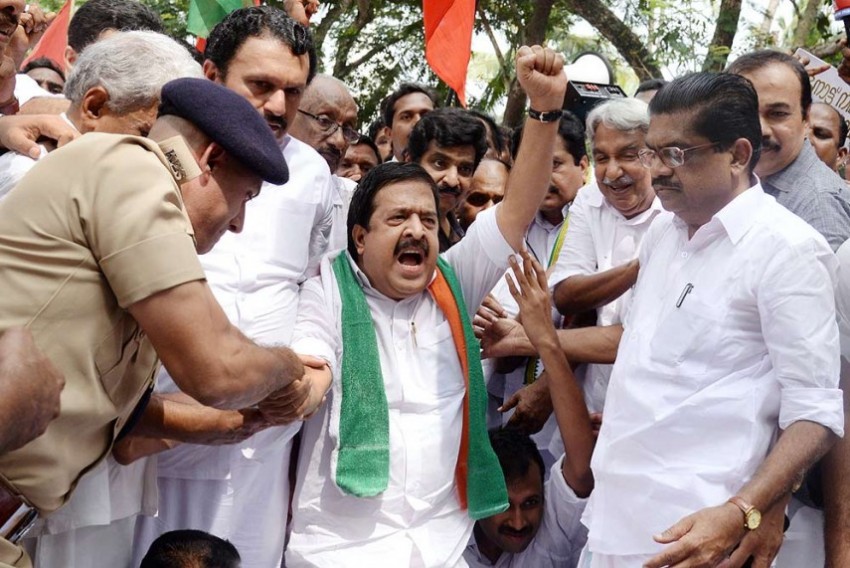 The Congress-led United Democratic Front in Kerala on Monday said it has decided to halt mass demonstrations against the Left government, given the worsening covid-19 situation in the State.

The Leader of the Opposition in the state Assembly, Ramesh Chennithala said the decision was taken after a discussion with all the allies in the UDF. He, however, said that even though mass agitations will be discontinued for the time being, protests will continue adhering to strict covid-19 health protocol.

"In view of the rising number of covid-19 cases in the state, the UDF has decided to halt mass agitations against the state government," Chennithala said during a Raj Bhavan march and protest organised by the Kerala Pradesh Congress Committee (KPCC) against the Farm Bills.

"The government has miserably failed in tackling the pandemic due to mismanagement. Now don't blame us and our protests.We are stopping it from today," Chennithala said.

Chief Minister Pinarayi Vijayan had earlier lashed out at the Opposition and asked the political parties to "behave responsibly."

The Opposition Congress and the BJP have been staging widespread protests against the state government over various issues related to the recent gold smuggling case involving diplomatic baggage through Thiruvananthapuram International Airport.

The protests were heavily criticised by the state government as the agitators failed to follow any covid-19 protocol.

On Sunday Kerala had reported 7,445 new cases, the highest ever single day spike in the state.