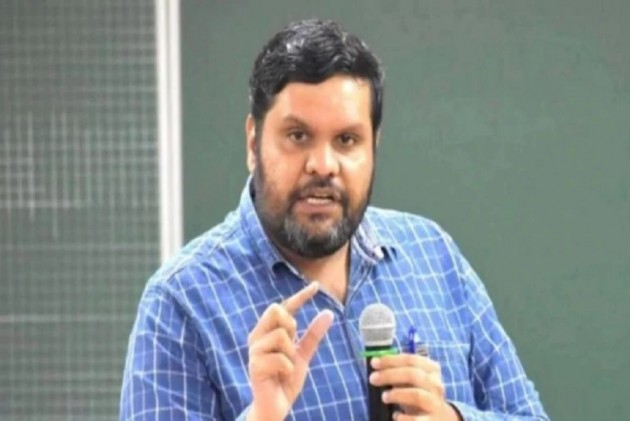 Accusing the Centre of showing "apathy" towards farmers, the Congress on Sunday said the Food Corporation of India’s Chhattisgarh unit was not lifting the rice stocks and asked whether the procurement was "halted" because the government's "suit-boot friends" were not involved in managing storage in the state.

Congress spokesperson Gourav Vallabh said that despite a pre-intimation by the Food Corporation of India (FCI) to procure 60 lakh metric tonne of rice under the central pool for the kharif season, Chhattisgarh has not received a final consent.

The Chhattisgarh government started procurement on December 1, and has procured 47 lakh tonnes from 12 lakh farmers so far, but the state is yet to receive consent from the government of India, despite several requests, he said.

This would impact close to 21.52 lakh farmers, Vallabh said.

Due to FCI not lifting stocks, there is no more space left to stock paddy as well, he said.

"This is a clear case of complete apathy towards farmers who are fighting for their rights and to save their dignity but the government seems to be occupied in filling the pockets of their friends. If the government is not willing to procure the volumes pre-intimated by them, even when the protests are ongoing, what can we expect from the government once all this settles down?" he said.

Vallabh said the Congress has questions which the Centre must answer.

Are the farmers paying the price for voicing their protests against the farm laws and what about the "false promise" that the government procurement of foodgrains will continue, he asked.

"Why has been the BJP government in such a rush to award majority of the foodgrains storage to their friend who has suddenly emerged as the messiah of storage since the BJP government came to power?" Vallabh said raising questions over projects given to Adani Agri Logistics Limited (AALL).

On one hand, the farmers in return of their protests have only been receiving false promises and on the other, the friends of the government have been receiving contracts after contracts to fill their pockets, Vallabh alleged.

When the government can't provide legal guarantee of MSP to the farmers, it is prepared to provide a revenue guarantee to AALL that too with price escalation based on inflation-linked formula, he alleged.

He said the government agreeing to make amendments to the farm laws showed that there was a problem in them and they should be repealed.

Vallabh alleged that the government was deliberately delaying talks over the new farm laws which he demanded should be repealed with new ones brought in after thorough consultation with the agriculturists and following proper parliamentary procedure.

Hitting out at the government for holding talks with farmers with intervals of days and not heeding to Chhattisgarh's repeated requests for procurement, the Congress leader said, "The government is in New Year, will talk to farmers on January 4 because 'we remain in New Year hangover on January 1,2 and 3'."

After the sixth round of formal negotiations on Wednesday, the government and farm unions reached some common ground to resolve protesting farmers' concerns over rise in power tariff and penalties for stubble burning, but the two sides remained deadlocked over the main contentious issues of the repeal of three farm laws and a legal guarantee for MSP.

Braving the cold, thousands of farmers, mainly from Punjab and Haryana, are protesting at various borders of the national capital for more than a month against these laws.

The government has presented these laws as major agriculture sector reforms aimed at helping farmers and increasing their income, but the protesting unions fear that the new legislations will leave them at the mercy of big corporates by weakening the MSP and mandi systems.