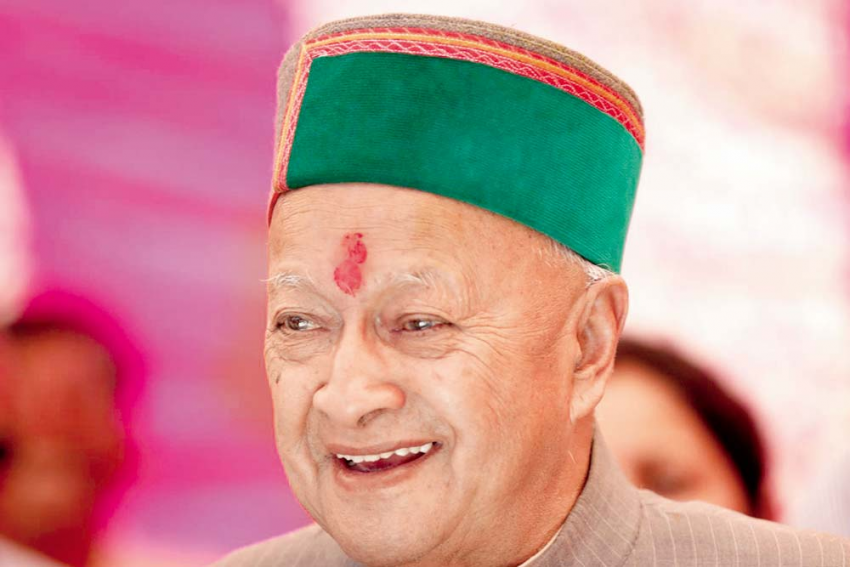 He celebrated his 87th birthday on June 23 though it remained a low key affair as he had been in the hospital since May 1.

His wife Pratibha Singh, a two-time Mandi MP and son Vikramaditya Singh, also an MLA from Shimla (Rural) were by his side when he breathed his last around 3.40 am.

Virbhadra Singh battled against Covid-19 infection twice and had dully recovered. But Singh developed some health complications last week. His oxygen saturation had also dipped on July 5. He was on ventilator support.

Virbhadra Singh had the distinction of having worked with all Prime Ministers --  Pt Jawahar Lal Nehru, Indira Gandhi, Rajiv Gandhi, Narasimha Rao and Dr Manmohan Singh  in  various capacities both in the parliament and as state Chief Minister

Confirming his demise, Senior Medical Superintendent of IGMC Shimla Dr Janak Raj said the doctors made their best efforts to revive him.

He was elected to the Lok Sabha at the young age of 28 and thereafter he never looked back . He was also known as the modern architect of Himachal Pradesh.

A five-time MP, three-time union minister, six-time Chief Minister and four-time PCC, Virbhadra Singh had remained an eminent figure in the state’s politics. It was his commitment to the people of the state, its development he always preferred to remain in the state politics.

His demise leaves a big void in the Himachal Pradesh politics as the congress has no leader matching or nearing his stature, following or mass base.

The state government has declared three-day state mourning in respect of the departed soul.
His mortal remains will be kept at Holly Lodge, his private bungalow in Shimla for one day.

'Tomorrow morning, we will take his mortal remains to Congress Office and will shift to Rampur. The cremation is expected on Saturday' said a T G Negi, a retired IAS officer and close aide of Virbhadra Singh, who had been with him every minute since his retired in 2017.