Sonia Gandhi will walk from the Delhi Pradesh Congress Committee office situated on Deen Dayal Upadhyaya Marg to Rajghat. Rahul Gandhi, on the other hand, will participate in the foot march in Maharashtra's Wardha 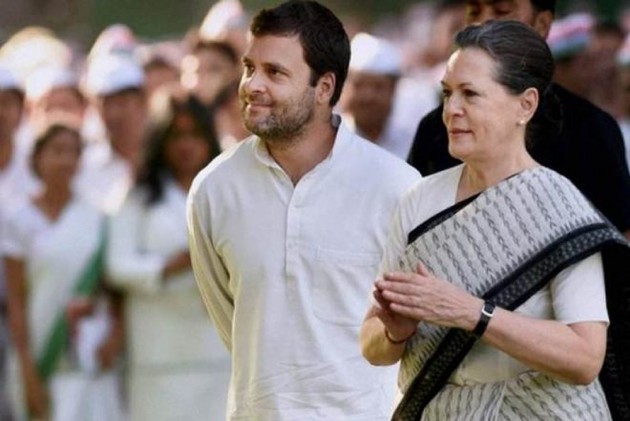 To counter the BJP on ideological lines, the Congress has announced a massive 'padyatra' across the country on October 2 with the party's interim president Sonia Gandhi leading the charge in Delhi while former Congress President Rahul Gandhi will do the same in Maharashtra's Wardha.

To counter the BJP's attempt to claim the legacy of the Mahatma, the Congress has planned the padyatra on his 150th birth anniversary on October 2.

While the schedule of Congress General secretary Priyanka Gandhi is yet to be finalised, sources say that she may mark the event in Haryana, which is going to the polls in October.

Champaran is the place in Bihar where Gandhi launched his first satyagraha in 1917.

As per the initial programme, Sonia Gandhi will walk from the Delhi Pradesh Congress Committee office situated on Deen Dayal Upadhyaya Marg to Rajghat, said a party leader.

"The distance of three kilometres will be covered by a host of other senior leaders. Preparation is on to make this event successful," the leader added.

Rahul Gandhi, on the other hand, will participate in the foot march in Wardha on October 2, said a party source.

"The programme is in the final stage. Rahul Gandhi is also expected to kick-off the poll campaign in Maharashtra on the same day," a party source said.

The state is going for assembly polls along with Haryana on October 21.

In October 2018, the Congress had convened its working committee meeting in Sevagram in Wardha. At that time Rahul Gandhi was the party president.

After the working committee meet Rahul Gandhi took out a padyatra in Wardha. The place is associated with Mahatma Gandhi who established an 'Ashram' in Sevagram.