Bashing AIMIM chief Asaduddin Owaisi, BJP called him the 'leader' of the nationwide protests against the contentious Citizenship Amendment Act. 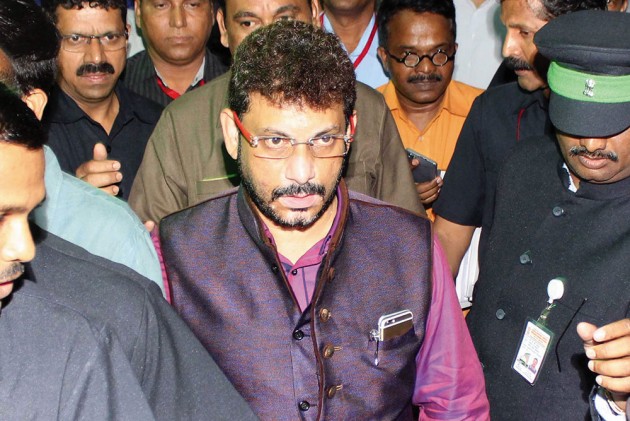 Bashing the AIMIM chief, BJP called him the "leader" of the nationwide protests against the contentious Citizenship Amendment Act.

"Today we have brought an example of the kind of hate politics that some people are doing in the whole country in protest against CAA. If there's any so-called leader of these protests that are happening in the country, then it is Asaduddin Owaisi and the AIMIM party," alleged BJP spokesperson Sambit Patra.

He added that slogans of "Pakistan Zindabad" were raised on Thursday from a platform where Owaisi was present. "When the same is taught backstage, sometimes reality comes out ahead of the stage as well. When they talk of giving oxygen to Pakistan behind the stage and drama of upholding the Constitution and the tricolour on the stage are enacted, then often the reality comes out of the mouth," charged Patra.

Earlier on Thursday in Bengaluru, Pathan can be heard purportedly saying, "We have to move together. We have to take Azadi (freedom), things that we don't get by asking, we have to take it by force, remember it."

"Now time has come, we are told that we have sent our mothers and sisters in the front and were sitting covered in blankets... Only our lionesses have come out till now and you are already sweating. Understand what will happen if we come together. (We may be) 15 crore, but are heavy on 100 (crore), remember it," Pathan is heard saying.

The CAA fast-tracks citizenship to Hindu, Sikh, Jain, Parsi, Buddhist, and Christian refugees from Pakistan, Afghanistan, and Bangladesh, who came to India on or before December 31, 2014, fleeing religious persecution.