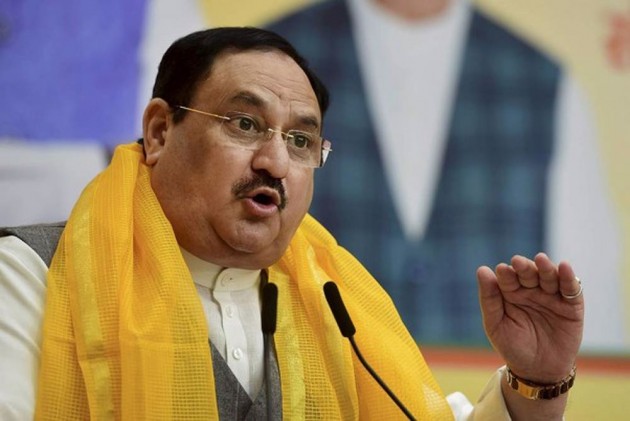 Bhartiya Janata Party president J P Nadda said the Congress can only provide "corruption guarantee" wherever it comes to power though the party has promised five-guarantees in the poll-bound state of Assam.

While addressing an election rally in Assam on Monday, Nadda said that many Congress leaders are now coming to Assam and talking about the five guarantees.

Congress Partnering With Those Trying To Divide The Nation: Amit Shah In Assam

"For 60 years, Congress leaders only indulged in corruption and so for the last five years, we had to fill up pot-holes, repair roads, and convert double lane highways to four and six-lanes", the BJP president said.

It is the BJP that has a mission and the "Congress is only interested in commission", the BJP chief alleged.

"It is the Prime Minister who through his initiative has joined Assam and the Northeast with Mainstream India", Nadda said.

Assam has moved ahead along the path of development due to the efforts of the Prime Minister which the Sarbananda Sonowal-led BJP government in Assam has executed in the state.

"The people of the state has the responsibility of electing BJP candidate Nabakumar Doley from this seat on March 27 and we assure you that the government will complete all pending works in the next five years", he said. Nadda is on a day-long visit to the state for campaigning. He will address two more rallies at Sootea and Barchalla.

Apart from five lakh jobs in five years, the other guarantees promised by the Congress are bringing in a law to nullify the controversial Citizenship (Amendment) Act, raising the daily wage of tea workers to Rs 365, free electricity up to 200 units per household and Rs 2,000 monthly income support to all housewives.