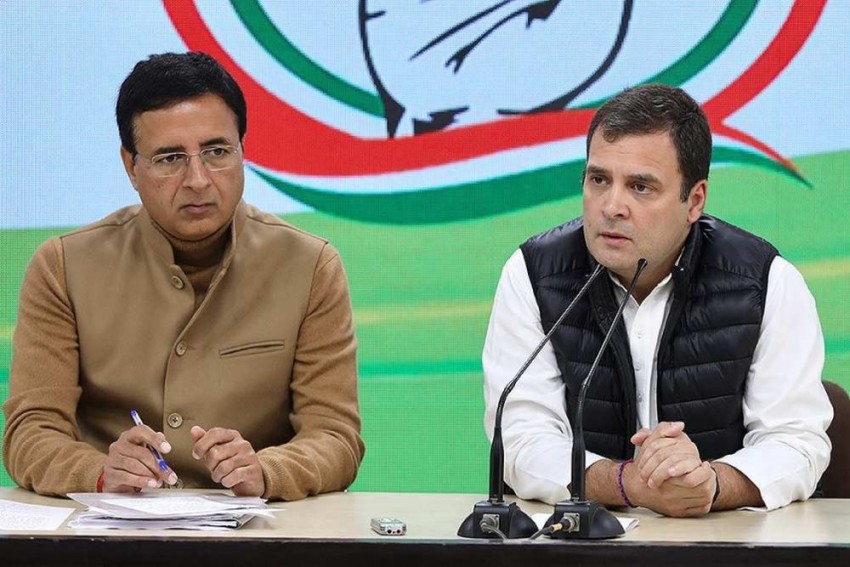 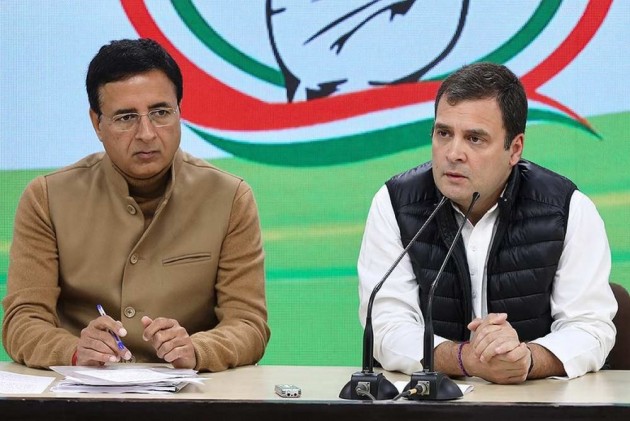 Talking to the media after meeting the EC, Singhvi said PM, the President of the ruling party and its other leaders are "shamelessly dragging the armed forces for cheap politics."

"Never in the history has this happened," he said, adding the web series on Modi is also a violation of the Model Code of Conduct as it is biographical in nature and it should be banned immediately.

"If the person makes another violation, he/she should be barred from two days of campaigning, similarly three and four days for the third and fourth violation," he said.

Speaking about Irani's qualification, Surjewala said the Congress is not commenting on her qualification, saying they believe that even the illiterate can also hold high positions.

"But the question is the people have been cheated and the Minister has lied to them about her qualifications."

The Congress has submitted a memorandum to the EC over Irani repeatedly lying about her qualifications.

"There is no information about the degree of the PM and also his favourite minister Irani. There are no classmates of the PM and Irani who are coming out. This is a very serious issue as the people have been cheated repeatedly."

Surjewala demanded that the EC should disqualify Irani for changing her qualifications multiple times.

He also said that there should be a strict action and sacking of Union Minister Maneka Gandhi for her Muslim remarks and for dividing people.

Addressing an election rally she had said that she would not give jobs to Muslims if they did not vote for her.

The party also urged the Election Commission to issue directions to all Chief Electoral Officers, booth level officers and other election officials to ensure proper functioning of EVMs during the Lok Sabha elections. It also sought immediate investigation into the malfunctioning of the EVMs and other issues reported from various parts of the country during the first phase of polls on April 11.

It said posters of Gen VK Singh were posted right outside a polling station. The party also alleged that BJP candidate from Tehri Garhwal parliamentary constituency "printed voter slips on her election pamphlet".

The party said it was making fifth request for "urgent and necessary" intervention against Modi's continued and brazen violation of the Model Code of Conduct and in particular the "hateful and divisive comments by him", Shah and UP Chief Minister Ajay Singh Bisht aka Yogi Adityanath in election rallies at Nanded, Nagpur and Meerut.

In its representation against Irani, Congress called for immediate action for filing "false affidavit", saying it attracts up to six months imprisonment or fine.