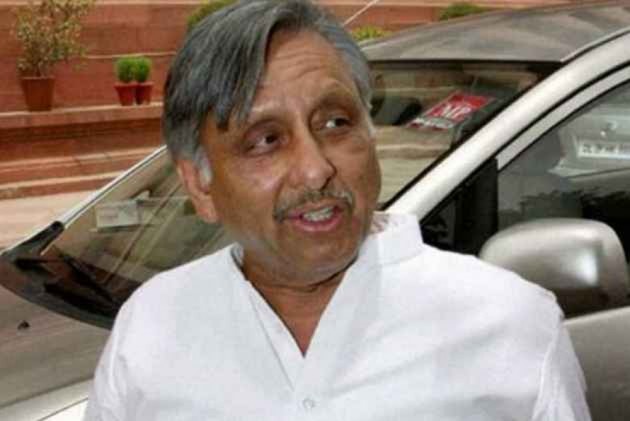 The Congress on Tuesday condemned the remarks of its leader Mani Shankar Aiyar on Prime Minister Narendra Modi, but also accused the PM of lowering the political discourse by using "downright insulting" and "abusive language" against his political opponents.

Aiyar was back in the news on Tuesday with an article justifying his "neech" jibe against Prime Minister Narendra Modi two years ago, prompting the BJP to call him "abuser-in-chief" and his party arrogant. Aiyar also called Modi the most "foul-mouthed" prime minister the country has seen.

Reacting to Aiyar's remarks at a press conference, Congress' chief spokesperson Randeep Surjewala alleged that hatred, violence and abuse is the modus operandi of the BJP and not of the Congress.

"We have seen how in the last five years, including in the current election, rage and revenge has blinded Narendra Modi in using completely unacceptable, downright insulting, abusive language for his political opponents," Surjewala said.

The "truth" is that Modi has seriously lowered the prestige of the office of the prime minister in independent India by his choice of words, anger, uncontrollable rage, and by his quest to seek revenge against every opposition leader, particularly Congress president Rahul Gandhi and his family, he claimed.

"We completely reject and condemn the remarks of the likes of Mani Shankar Aiyar and every other person who is violating the time-tested principle of self discipline in political discourse, of mutual respect and adherence to ideas and ideology, and not to verbally abuse while fighting an election, to give due regard even to your worst political enemy as was shown by Rahul Gandhi on the floor of Parliament," he said.

Surjewala also said the Congress would like to seek answers from Modi on the "abuses and insults" to the memory of Jawaharlal Nehru and Rajiv Gandhi every other day.

"When the prime minister uses insulting remarks for Sonia Gandhi in election rallies is that the maryada (decorum) that is followed in our Indian political discourses," he said.

Surjewala accused Modi of lowering the political discourse by describing someone as "a 50-crore girlfriend".

He also hit out at Modi for promoting leaders who abused opposition leaders even describing them as 'Chenghiz Khan ki aulad'.

"The truth is that Prime Minister Narendra Modi will go down in history as the only PM who decimated, denigrated and annihilated the prestige of the office of the prime minister he holds, who violated every article of restraint and mutual respect written in the civilization of the country, who chooses verbal abuse as a weapon to silence his critics when he has no answer on jobs on agrarian distress and on a failed economy," he said.

Earlier in the day, Congress spokesperson Jaiveer Shergill said his party is not on the back foot regarding Aiyar's remarks. Instead, it should be Modi who should be ashamed for his remarks on former prime minister Rajiv Gandhi and UPA chairperson Sonia Gandhi, he said.

"Mani Shankar Aiyar's remarks are his own as stated by him in his article. The Congress is neither on the back foot nor ashamed of his remarks. It's the PM who should be ashamed for lowering the dignity of the office he occupies by making disparaging remarks against former prime minister Rajiv Gandhi and former Congress president Sonia Gandhi.

"The PM should apologise to the country for the abusive language that he has used," Shergill said, referring to Modi recently saying Rajiv Gandhi's life ended as 'Bhrashtachari No 1' (corrupt number 1).