'Congress Could Have Formed Govt In Haryana If...': Manish Tewari

Tewari said the important message that the Haryana and Maharashtra polls had given was that the economy had started to hurt the people of the country and this was worrying them. 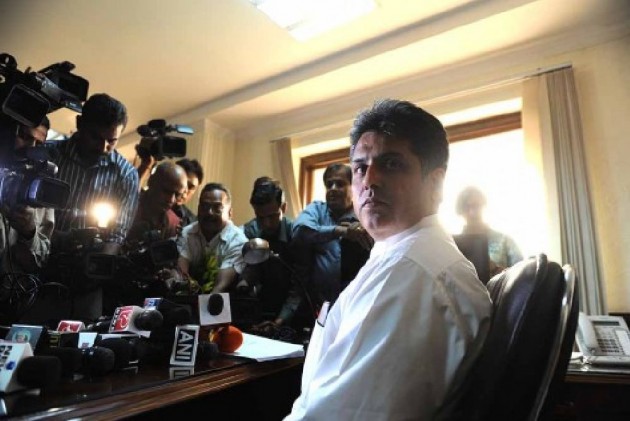 The Congress could have formed its government in Haryana and done much better in Maharashtra had it fought the elections in the two states with greater vigour and vitality, party spokesperson Manish Tewari said on Wednesday.

Interacting with journalists at the Foreign Correspondents Club (FCC) here, he said whenever there was a rise of authoritarianism, institutions became the first casualty and that last month's Haryana and Maharashtra Assembly polls had shown that there was a self-corrective instinct in a democracy.

Tewari said the important message that the Haryana and Maharashtra polls had given was that the economy had started to hurt the people of the country and this was worrying them.

"If we had fought the elections with greater vigour, we would have formed our government in Haryana and done better in Maharashtra. Congress should have fought with far more vitality," he added.

Pointing out that the Congress lost 2014 as well as the 2019 Lok Sabha polls, Tewari said there was a need to look within and introspect.

He said Emergency was imposed in a particular time and context and termed it as a "regrettable" decision, but noted that it was an unfair comparison with the "authoritarian" government now, during which things were even worse.

"The important message from these two states (Maharashtra, Haryana) is that the economy has started to hurt and demonetisation and a bad GST have started hitting the economy, but the most worrying number is that in the first five months, 5.4 billion dollars have left India.

"What has not been analysed is that the visuals of CBI, ED (officials) jumping over the gates of P Chidambaram's residence have sent a message that no longer are we governed by the rule of law, but by the whims and fancies of those in power," he added.

It was a travesty of justice and one needed to introspect that if a man (Chidambaram) could be kept behind bars for over 75 days, when the only established case against him was a charge involving an amount of Rs 96 lakh, before he could possibly get bail, Tewari said, adding, "There is a serious crisis of institutions in the country."

He lamented that the fundamentals of the economy were looking increasingly weak and this was not something that had happened over the past five months, but over the past 16 months.

"When the government is committed to implementing an ideology-driven agenda.... It has an impact on the economy.... People have lost faith in the economy as they are not willing to spend and the whole economic cycle has come to a halt.

"We do not have a plan, which is the most worrying part of the current scenario. An authoritarian government and a weak and faltering economy is like a double whammy," the Congress spokesperson said.

He lamented that the events were not playing out very well in Jammu and Kashmir and said not letting front-ranking political leaders to visit the region, but allowing parliamentarians from the European Union (EU) on an invitation from a "dodgy" NGO was not good.

"The NDA government's biggest failure is that they have not been able to negotiate skilfully," Tewari said as regards India's stance on the Regional Comprehensive Economic Partnership (RCEP).

He asserted that the president of the Congress was not someone imposed by the will of a family, adding that he had not seen any political leader take responsibility for electoral defeats and step aside in the last 35 years, as Rahul Gandhi had done.

On Prime Minister Narendra Modi's foreign policy, the Congress leader said, "The PM believes in tactics more than policies. This government's foreign policy has managed to alienate the neighbourhood."