The opposition party told the Election Commission (EC) that its demand should be considered in the interest of democracy and integrity of the poll process. 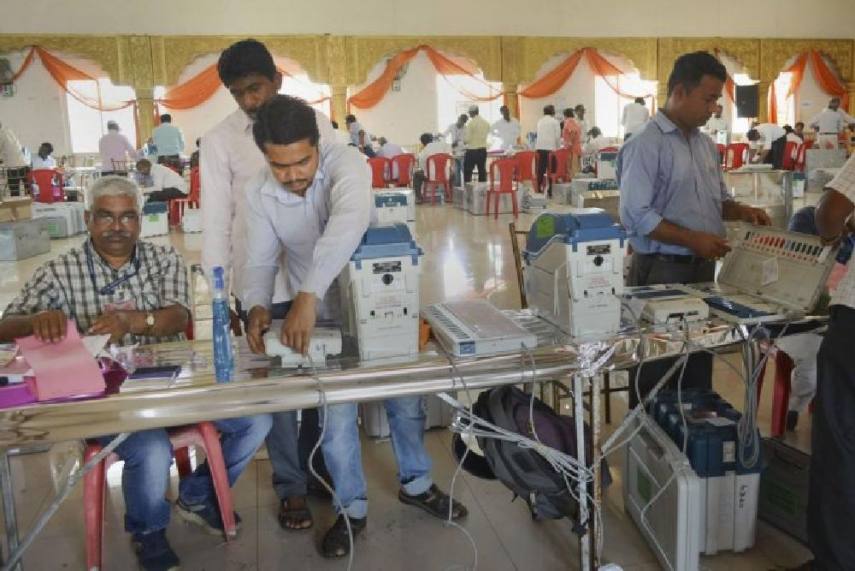 The Congress on Tuesday demanded installation of mobile phone jammers in the premises of strong rooms housing electronic voting machines and counting centres as "people feel" EVMs can be tampered with.

The opposition party told the Election Commission (EC) that its demand be considered in the interest of democracy and integrity of the poll process.

EVMs used in the polling in Maharashtra on October 21 has been kept at strong rooms at different places in the state. They will be opened on October 24 for counting.

The Congress's demand comes two days after its ally, the NCP, called for the suspension of Internet services within three km radius of every polling booth, strong rooms, from the day of voting till the votes are counted.

Maharashtra Congress chief Balasaheb Thorat on Tuesday wrote to the state's Chief Electoral Officer seeking installation of jammers, devices which block the operations of mobile phone services within their range.

"People feel EVMs could be tampered with. Hence, jammers should be installed in the premises of strong rooms and counting centres," he said.

The former Maharashtra minister also asked the poll watchdog to declare result sheet after each round of counting.

Candidates should be given liberty to select EVMs to be tested against voter-verifiable paper audit trail (VVPAT) slips, he said.

"In case, suspicion is raised against any EVM, the same machine should be allowed for counting four times in a row at that moment," Thorat demanded.

He also reiterated the party's demand for testing 50 per cent of the EVMs against VVPAT slips for physical verification.

VVPAT is a machine which dispenses a slip with the symbol of the party for which a person has voted for. The slip drops in a box but the voter cannot take it home.