Himachal CM Jai Ram Thakur said that once the views of the family are ascertained and they feel that an inquiry is needed, the state government will certainly recommend a probe. 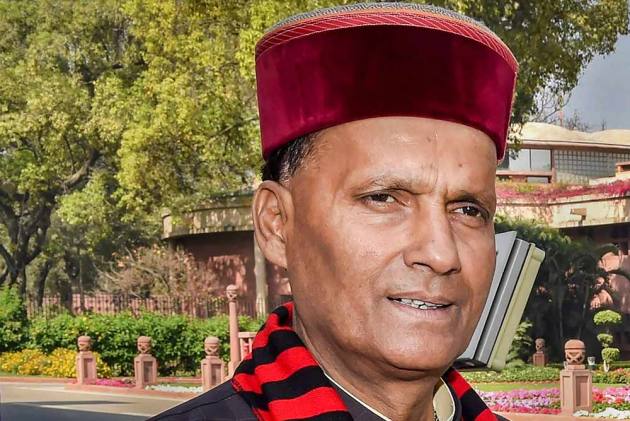 The Opposition Congress on Friday brought up the death of BJP MP Ram Swaroop Sharma in Himachal Pradesh Assembly and demanded a probe into the circumstances leading to his mysterious death.

Ram Swaroop Sharma, a two-time MP, was found hanging at his residence in New Delhi on March 17.

“He was a gentleman, sober and soft-spoken leader, who got elected to the Parliament second time with the highest margin. There are strong sentiments linked to the man as a representative of the Mandi parliamentary constituency. A strong mystery surrounds his demise”, leader of Opposition Mukesh Agnihotri said.

Agnihotri said that since Sharma’s death has raised suspicions and one of his sons has also urged for a probe, Chief Minister Jai Ram Thakur must decide on the matter.

Responding to the issue and concerns shared by the House, Chief Minister said that Sharma’s death was the biggest loss to the party and state.

“I have already gone public demanding a probe into the matter but I have only advised against any haste. Delhi Police have registered an FIR and have started the investigation. The post-mortem report is still awaited. My only request to the Opposition and media is to wait for the outcome of the Delhi police investigation. There is also an issue of jurisdiction”, said Chief Minister.

He also said that once the views of the family are ascertained and they feel that an inquiry is needed, the state government will certainly recommend a probe by CBI or any other agency, said Chief Minister.

However, Thakur lashed out at people, who he said, were trying to derive political mileage from Sharma’s death making all sorts of comments even as everyone is mourning his demise.

"The way people are speculating on social media and making posts without verifying facts is very disheartening. One should avoid making such a mockery of a tragedy", he said.

He, however, admitted that Sharma was not keeping good health for some time and said he noticed a continuous weight loss.

Sharma had undergone a course of “Kaya-Kalp” treatment at Vivekanand Trust in Palampur. He was under stress due to health issues, the family explained to CM Thakur on Thursday during cremation.

Earlier, minister for parliamentary affairs, Suresh Bhardwaj, also said that a person of such stature, who was very intimately known to Prime Minister Narendra Modi, “ending his life” is a big shock but more shocking is the way some people are resorting to causing aspersions and even character assassination.

Thakur said the options for a probe are open with the government but only with the consent of the family.

Sharma was elected to the parliament for the first time in 2014 defeating Pratibha Singh, former CM Virbhadra Singh's wife, and later in 2019 with the highest vote margin of 4.5 lakhs.