Alpesh Thakor, who had joined Congress in the run-up to the 2017 assembly elections in Gujarat, left the party last month, saying his Kshatriya Thakor Sena was feeling insulted. 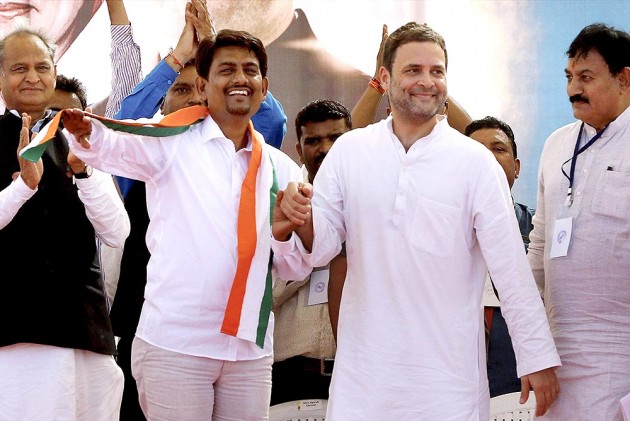 Gujarat MLA and OBC leader Alpesh Thakor on Tuesday hit out at Congress leaders, saying they were suffering from "chemical locha" (chemical imbalance) in their minds.

Thakor, who had joined Congress in the run-up to the 2017 assembly elections in Gujarat, left the party last month, saying his Kshatriya Thakor Sena was feeling insulted.

He said that Congress is nothing but a party of "chela chapatas" (those who indulge in flattery).

Earlier, Thakor told ANI over the phone that he had no plans to join the Bharatiya Janata Party (BJP) but he was in touch with several of saffron party leaders.

Thakor said Congress was bound to lose elections, for it has no presence on the ground and they just emphasise on organising press conferences.

"Congress had no booth agents at more than 500 booths. They have lost connection with the people and its leaders only do pressers sitting in the party office. They should reach out to people in villages and try to solve their problems," Thakor said.

Thakor claimed that he had warned Congress of consequences if they ran a negative campaign against Narendra Modi and RSS.

"I asked Congress not to speak against Narendra Modi or RSS but they did not understand this. Modi is the face of non-corruption while RSS is the face for nationalism," he asserted.

He said that 15 -17 Congress MLAs are unhappy with the party.

"We want to work for our people and the poor with the help of the government... wait and watch, more than 15 MLAs are leaving Congress, everyone is distressed. More than half of the MLAs are upset," Thakor claimed.