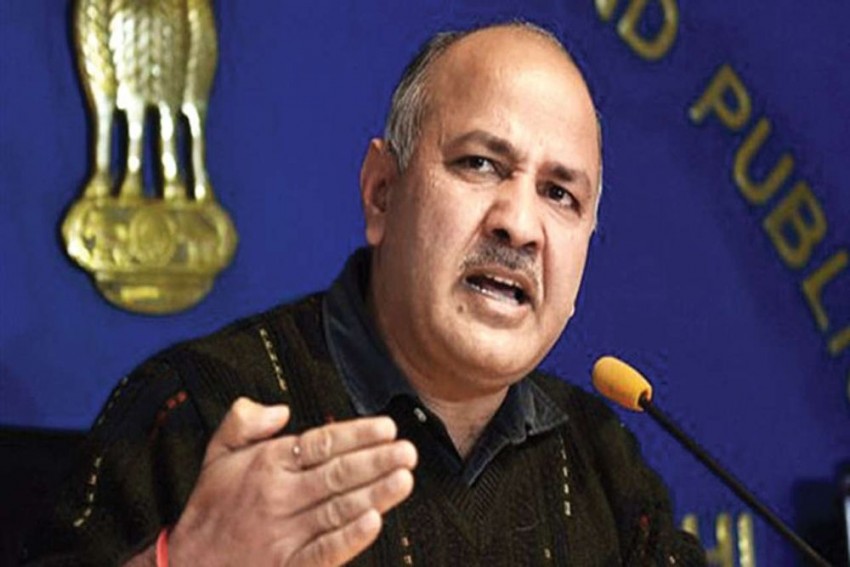 The main contest in the upcoming local body polls in Gujarat is between the ruling BJP and the Aam Aadmi Party, said Manish Sisodia

Ahead of his roadshow in Surat, the Deputy Chief Minister claimed that the people of Gujarat are looking at the Aam Aadmi Party (AAP) as a "strong political alternative" and with a hope to defeat the BJP, which has ruled various local bodies in the state for more than two decades.

Besides, polls to various other municipalities, district panchayats and taluka panchayats in Gujarat will be held on February 28.

The Arvind Kejriwal-led AAP has for the first time fielded candidates across various local bodies in Gujarat, and Surat is the third city in the state where Sisodia held a roadshow after Ahmedabad and Rajkot.

"I am happy to see the contest in the local body polls in Gujarat is between the BJP and AAP. People want to give a chance to Kejriwal's politics after looking at his governance in Delhi," Sisodia said.

The AAP leader further said he visited Ahmedabad, Rajkot, and now Surat, where people told him how they are "fed up with the BJP and want it to be defeated".

He claimed people told him that they earlier wanted to defeat the BJP, but the Congress was their only alternative.

Sisodia further claimed people understand it is the AAP, and "not the Congress", which can defeat the BJP.

"We will get full majority. Our target is to defeat the BJP," he said.

Sisodia said people of Gujarat are comparing the 25-year-old rule of the BJP in the state's local bodies to the five-year rule of the AAP in Delhi and they can "clearly see a difference".

He said people can see how in just a short period of five years, Delhi Chief Minister Kejriwal ensured government schools are developed in a such a way that they can compete with private schools.

On the other hand, in Gujarat, government schools are being shut down, he claimed.

"If private schools in Delhi can be stopped from raising fees in an arbitrary manner, then why can't the BJP do the same in Gujarat?" he sought to know.

"If in just five years, government hospitals in Delhi can be turned fabulous, then why are hospitals in Surat, Ahmedabad, Rajkot in shambles?" he further asked.

Sisodia said if the Kejriwal government in Delhi can ensure free electricity to 70 per cent citizens and free drinking water to them, then why can't the same be done in Gujarat.

"We hope that very soon, the BJP will start getting defeated," he said.

Sisodia also questioned the silence of Union Home Minister Amit Shah over the killing of 25-year-old Rinku Sharma allegedly by a group of men following a quarrel at a birthday party in Delhi on February 10.

While Sharma's brother has alleged that he was killed as he was actively participating in the donation drive for the Ram Mandir in Ayodhya, the Delhi Police have denied any communal angle to the murder and said the fight at the birthday party took place over a business rivalry.

"We are hurt, because in the country, people are being murdered for chanting 'Jai Shri Ram', and Delhi Police, who are responsible for the safety of people in the national capital, and Union Home Minister Amit Shah are least concerned about the law and order of Delhi," Sisodia alleged.

All he (Shah) is worried about is the (forthcoming) West Bengal elections, the AAP leader claimed.