They Have A Habit Of Lying: VK Singh On Congress' Surgical Strike Claims

VK Singh had served as the Army chief from 2010 to 2012. He is presently a Union minister and also the BJP candidate from Ghaziabad Lok Sabha seat. 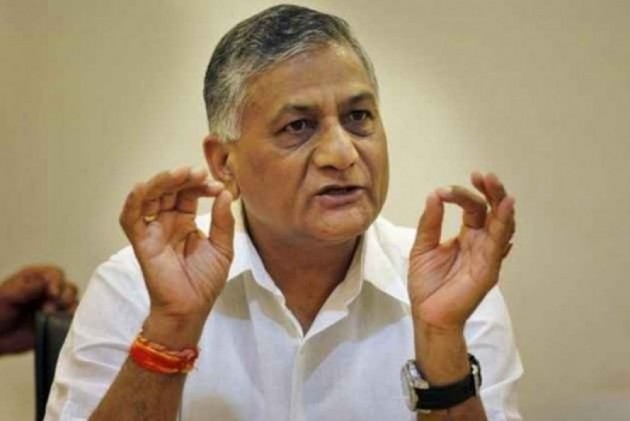 Former Army chief and Union minister General V.K. Singh on Saturday said the Congress was lying about surgical strikes and demanded clarification on operations carried out during his tenure as the Chief of Army Staff (COAS).

"The Congress has the habit of lying. Will you please let me know which 'so called surgical strike' are you attributing to during my tenure as the COAS. I am sure you must have hired some Coupta (in a jibe at journalist Shekhar Gupta) to invent another story," he tweeted.

Congress has a habit of lying. Will you please let me know which ‘So called Surgical Strike’ are you attributing to my tenure as COAS. Am sure you must have hired some Coupta to invent another story .

General Singh had served as the Army chief from 2010 to 2012. He is presently a Union minister and also the BJP candidate from Ghaziabad Lok Sabha seat.

The Congress had recently said six surgical strikes were carried out during the United Progressive Alliance's tenure.

Giving a sequence of the surgical strikes during its tenure, Congress leader Rajiv Shukla had said that on June 19, 2008, a military operation was carried in the Bhattal Sector in Poonch, while during August 30-September 1, 2011, Sharda Sector across Neelam River Valley in Kel (Pakistan-administered Kashmir) was targeted.

Former Prime Minister Manmohan Singh in an interview recently had iterated similar views and said: "Our armed forces were always given a free hand to operationally respond to every threat. Multiple surgical strikes took place during our tenure too."

However, at an election rally in Sikar, Prime Minister Narendra Modi Friday challenged the Congress' claim and said: "Pehle upeksha, fir virodh, ab me too me too (They initially rejected it, then opposed and now saying 'me too' )," Modi said