Congress Is Trying 'Its Best To Save' Fugitive Nirav Modi, Alleges BJP

Though Modi had fled India during the BJP-led NDA government's rule, most of his alleged crimes pertained to the period of the Congress-led UPA rule, Law Minister Ravi Shankar Prasad said. 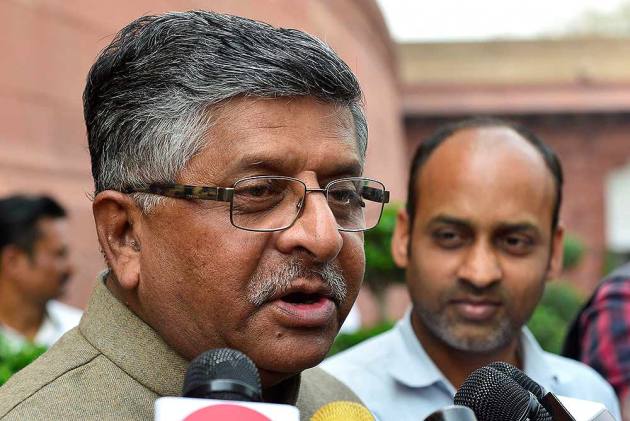 The BJP on Thursday accused the Congress of trying "its best to save" fugitive businessman Nirav Modi who faces extradition proceedings in a UK court. The ruling party cited the statement of a former high court judge, who is also a Congress member, in the arrested diamond merchant's defence to attack the opposition party.

Addressing the media through a video conference, senior BJP leader and Law Minister Ravi Shankar Prasad said Abhay Thipsay, a former judge of Mumbai and Allahabad high courts, deposed as a defence witness in the case and claimed that the charges of cheating and criminal conspiracy against Modi will not stand up under Indian law.

Prasad noted that Thipsay had joined the Congress in 2018 and had met top party leaders like Rahul Gandhi, Ashok Gehlot and Ashok Chavan.

The "judge sahab" is not acting in his individual capacity but is working at the behest of the Congress, he claimed, adding that Thipsay is hardly a big name otherwise in legal circles.

"There is overpowering suspicious circumstances existing from which we can infer that the Congress is trying its best to save and bail out Nirav Modi," Prasad said, claiming that the development has "unmasked" the opposition party which has always tried to "protect" Modi and his uncle Mehul Choksy, also a fugitive.

Indian probe agencies will mount an effective reply to Thipsay's statement, he said.

Though Modi had fled India during the BJP-led NDA government's rule, most of his alleged crimes pertained to the period of the Congress-led UPA rule, Prasad said and asserted that the Narendra Modi government has confiscated his assets, autioned them and has been working to bring him to justice in India.

An extradition request from the Indian government was certified by the UK Home Office in February last year before his arrest by Scotland Yard on March 19, 2019. The jeweller remains behind bars at Wandsworth Prison in south-west London since then, failing to get bail despite repeated attempts.

According to the case against him, a number of PNB staff members conspired with Nirav Modi to ensure Letters of Understanding (LoUs) were issued to companies linked to him without ensuring that they were subject to the required credit checks, without recording the issuance of the LoUs and without charging the required commission upon the transactions. This resulted in a fraud amounting to nearly USD 2 billion.