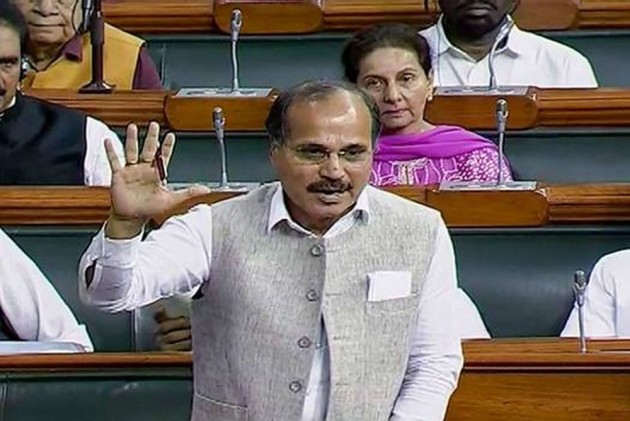 A war of words broke out in Lok Sabha on Monday over Congress leader Adhir Ranjan Chowdhury's remarks that Prime Minister Narendra Modi and Home Minister Amit Shah were "infiltrators".

During the Question Hour, when Chowdhury rose to ask a supplementary related to the Steel Ministry, ruling alliance members tried to mock him by shouting the word "infiltrator" several times.

While the BJP sought an apology from Chowdhury over his comment, Parliamentary Affairs Minister Pralhad Joshi took a swipe at the Congress over its President Sonia Gandhi's foreign origin. He said the party's own leader is an "infiltrator" and it targets others in a similar manner.

"Sab khulengi, aap ki paribhasha se desh nahi chalega (Everything will be exposed. The country will not run by your definitions," Pradhan said.

Earlier, Amit Shah had said in the Rajya Sabha that the Citizenship Amendment Bill is needed so that Hindu, Buddhist, Sikh, Jain, Christian and Parsi refugees, who are being discriminated on the basis of their religion in Pakistan, Bangladesh or Afghanistan, can obtain Indian citizenship.