The ED had been questioning Shivakumar over the past five days, and the Congress has accused the BJP of 'vindictively targeting' opposition leaders. 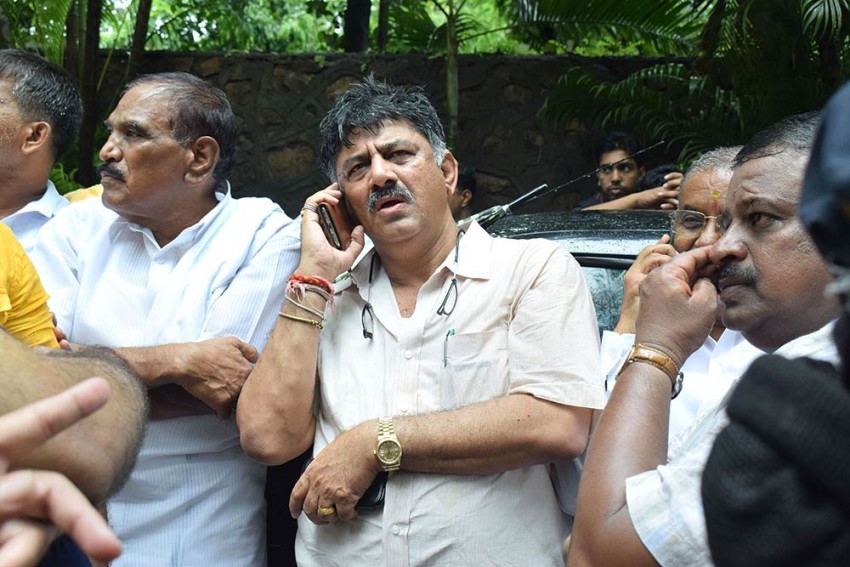 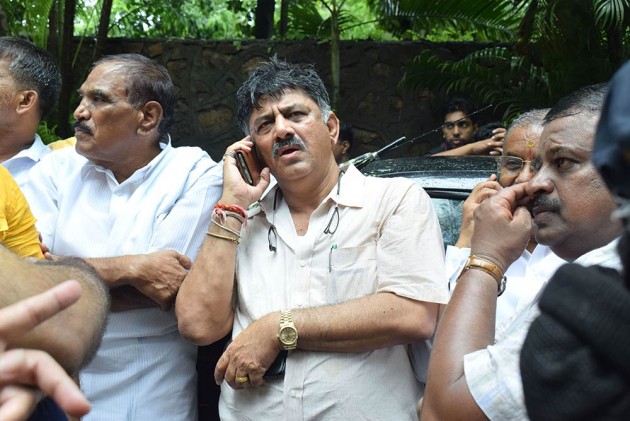 After the arrest of Congress strongman DK Shivakumar, the party slammed the central government on Tuesday and accused it of "fabricating its political opponents in false cases to divert people's attention from its massive failures."

The Congress reacted strongly against the move saying the government was resorting to "high-handed tactics" to target opponents.

"The continuous and targeted harassment of opposition leaders by the government with the sole aim of diverting the attention of the people from its massive failures continues unabated," said Congress Communications Incharge Randeep Singh Surjewala in a statement.

"All these acts of mindless vendetta on part of the Government and its puppet agencies, the Congress Party will continue to oppose," he added.

Surjewala said the party will continue to protest against the "blunders being deliberately committed by the Government on various fronts, the gravest being that of the annihilation of the Indian economy and pauperisation of its people."

Former Karnataka Chief Minister Siddaramaiah also reacted in a similar vein against the arrest saying that BJP through this is trying "to prevent the voices of dissent".

Opposition leaders are being targeted each & every day using central govt agencies. It is just an attempt to divert the attention from structural failures of @BJP4India govt & also to prevent the voices of dissent. @DKShivakumar is also a victim of their vindictive politics.
1/2

.@DKShivakumar will definitely come out clean & the whole country will understand the ulterior motives of @BJP4India. We are all with him in this difficult times & shall provide him with full support.

Earlier, Shivakumar took potshots at BJP and congratulated them for "finally being successful in their mission" of getting him arrested.

The Congress leader said that he has done nothing "illegal" and he will emerge "victorious both legally and politically".

"The arrest of Shri @DKShivakumar is yet another attempt by the govt to distract the public from their failed policies & the sorry state of the economy," the Congress party's official tweeted.

We strongly condemn the high-handed tactics & vendetta politics being deployed against Congress leaders. The arrest of Shri @DKShivakumar is yet another attempt by the govt to distract the public from their failed policies & the sorry state of the economy.#BJPVendettaPolitics

The sitting MLA from Kanakapura constituency was at the forefront of Congress' endeavour to salvage its coalition government with JD (S) in Karnataka.

The Congress leaders have also accused the BJP of "vindictively targeting" opposition leaders.

"Vindictively targeting opposition leaders, using agencies to harass and humiliate them is a specific agenda of BJP. D K Shivakumar has been bearing the brunt since two years. We are with him in this fight against an authoritarian regime," Karnataka Congress President Dinesh Gundu Rao tweeted.

Shivakumar's arrest comes just over a week after former finance minister and another prominent Congress leader P. Chidambaram was arrested in the INX Media corruption case by the CBI. Chidambaram has been under CBI custody ever since.

'NITI In Niti Aayog Stands For Not In Touch With India': Congress' Jairam Ramesh