The Rajya Sabha member alleged large-scale corruption in the form of payment of commission in the Rafale deal. 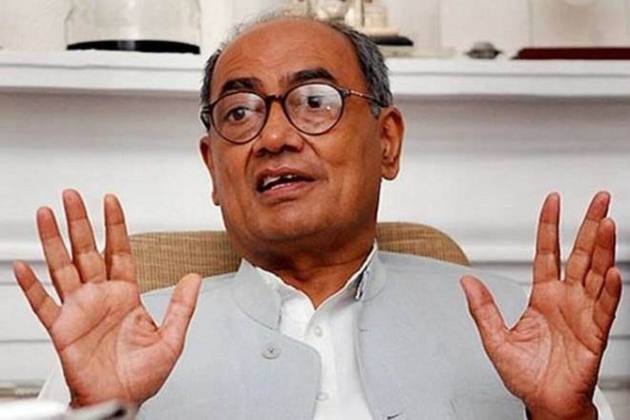 Senior Congress leader Digvijaya Singh on Tuesday challenged Prime Minister Narendra Modi to arrange for a Joint Parliamentary Committee (JPC) to probe the much controversial Rafale fighter jet deal, following the similar scrutinization procedure carried out on the Bofors deal in the 1980s.

Possibility of a  large-scale corruption in the form of payment of commission in the Rafale deal has been professed by the Rajya Sabha member, ponting towards the Centre.

"France has started a probe in the Rafale case, but in India, where commission was paid, no inquiry is being conducted. If one compares the Rafale deal with the Bofors case, the then prime minister Rajiv Gandhi had, on his own, constituted a JPC," Singh said.

"If Modi has courage, he should constitute a JPC. We have a lot of questions and will get opportunity to raise them," the Congress leader added.

Nobody could prove a single charge against Rajiv Gandhi in the Bofors case, he said.

The Bofors scandal related to alleged payment of kickbacks in a deal to purchase howitzer guns from the Swedish manufacturer Bofors AB.

A French judge has been appointed to lead a "highly sensitive" judicial probe into suspected "corruption" and "favouritism" in the Rs 59,000 crore Rafale deal with India, French investigative website Mediapart reported last week.

Singh, meanwhile, also hit out at the Centre over the rise in fuel prices, claiming it impacted the middle class severely at a time when the tax collection from industrialists and large corporate houses has gone down.

Modi is someone who takes decisions in haste and thinks later, he said, citing examples such as the handling of the COVID-19 pandemic, demonetization and withdrawal of the special status of Jammu and Kashmir.