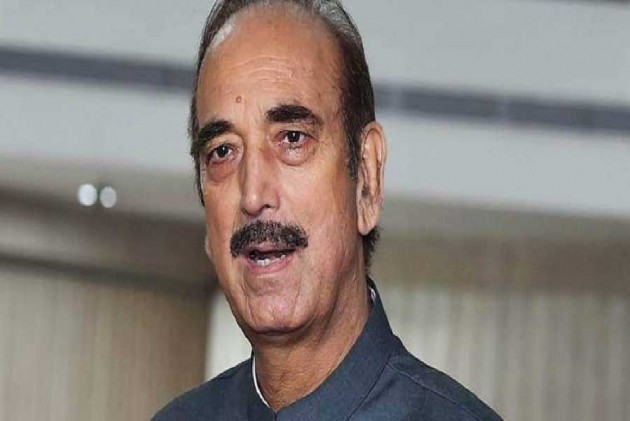 After he was stopped at Srinagar airport and sent back to Delhi, senior Congress leader Ghulam Nabi Azad slammed the BJP-led government for imposing 'unprecedented' restrictions in Jammu and Kashmir.

Azad said that the BJP has ruined Jammu and Kashmir and that it should be ashamed of it.

Earlier on Thursday, Azad had flown to Srinagar to meet his party workers and assess the situation in the Valley. However, he was stopped at Srinagar airport from going further and sent back to New Delhi.

"I always go to Kashmir after the end of the Parliament session. I have not asked anyone for permission. I am going to join the people in times of suffering," ANI quoted Azad as saying.

Azad said that people in Kashmir have been locked inside their homes and no vehicles are plying on roads.

"We have seen several wars but even then the trucks and other vehicles would ply on the highway. Today, there is no traffic to be seen," Azad said.

He said Prime Minister Narendra Modi has imposed "some dark law" on Kashmiris and restricted them in their homes.

Azad also said that people of Ladakh only favoured the formation of a Union territory. "They did not want Article 370 or Article 35-A to be revoked," he said.

The Kashmir Valley is under strict curfew since Monday in wake of the centre's move to abrogate Article 370 and bifurcation of the state into two union territories.

"People of Jammu and Kashmir are angry. There is no internet, no WhatsApp, no vehicular movement. It is the first state where a law is passed after the imposition of a curfew," Azad said earlier today before he reached Kashmir.

The Congress Working Committee (CWC) on Tuesday passed a resolution stating that the party disapproves the "unilateral, brazen and totally undemocratic manner" in which the Article was abrogated.