Big Blow To Cong Ahead Of UP Polls: Jitin Prasada, Once Close To Rahul, Joins BJP 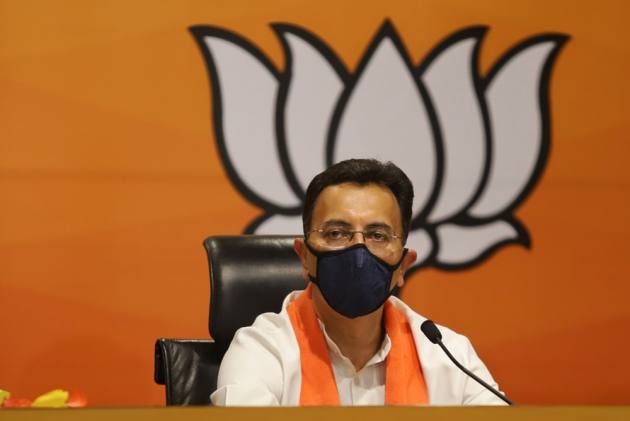 Former Union Minister Jitin Prasada, who was a close aide to Rahul Gandhi, has joined the BJP. Prasada met Union Home Minister Amit Shah at his residence on Wednesday morning before joining the BJP.

He also met with Union Minister Piyush Goyal ahead of the switch.

Earlier, BJP MP and spokesperson Anil Baluni had tweeted that an eminent personality will join the party today at 1 pm at the party headquarters in Delhi.

Pilot vs Scindia A PR Disaster For Congress In MP Bypolls

‘This Is A Fight Between Kamal Nath And The People Of MP’: Jyotiraditya Scindia

Prasada told reporters after joining the BJP that it was truly the only national party that worked in an institutional way, while others were all about a few people or confined to specific regions.

He also hailed Prime Minister Narendra Modi for his leadership of the country and also lauded other senior party leaders.

Noting that politics is for public service, Prasada said he realised he cannot do it in Congress and could not protect people's interests.

The 47-year-old leader will be the second high-profile former Rahul Gandhi aide to defect to the BJP since Jyotiraditya Scindia left last year. He had denied rumours in 2019 that he was leaving the Congress.

Prasada comes from a well-known Brahmin family of Uttar Pradesh and was serving as the Congress leader in charge of West Bengal before joining the BJP.

His father Jitendra Prasada was a noted Congress leader.

With the Congress in dire straits in Uttar Pradesh and he himself losing the Lok Sabha polls twice in a row, Prasada's decision to join the BJP may help him politically at a time when the saffron party is working overtime to boost its ranks in preparation for the assembly polls.

It will also help the BJP keep Brahmins, a section of whom are said to be unhappy with the party in Uttar Pradesh, in good humour in the politically important state of India, party sources said.

Speculation was rife even during the 2019 Lok Sabha elections of Prasada joining the BJP, but it is believed that the Congress leadership had then managed to persuade him against quitting the party.