In April, Greater Hyderabad Municipal Corporation (GHMC) had removed Ambedkar statue from the same place after it was installed by Jai Bheem Society on the eve of Ambedkar Jayanti. 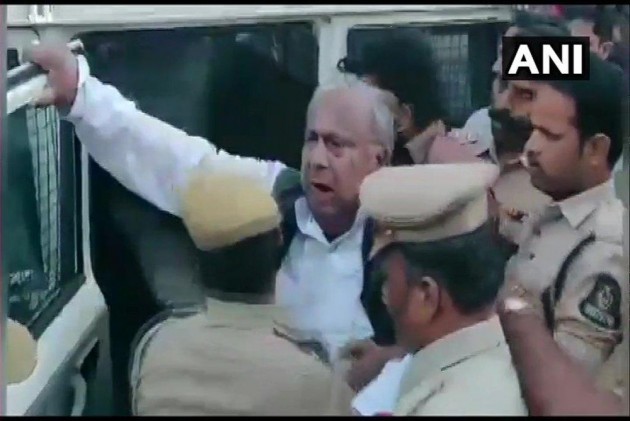 Two senior Congress leaders and former MPs and their followers were arrested in Hyderabad on Tuesday when they tried to install a statue of B.R. Ambedkar.

V. Hanumantha Rao, Harsha Kumar and their supporters were arrested as they reached Panjagutta crossroads in the city with a statue and tried to install it at the same place where a similar attempt by a group was foiled by the municipal authorities in April.

Mild tension prevailed as the Congress leaders, their followers and members of the Ambedkar Statue Protection Committee tried to resist the arrests. Police shifted the leaders to Bollarum police station.

In April, Greater Hyderabad Municipal Corporation (GHMC) had removed Ambedkar statue from the same place after it was installed by Jai Bheem Society on the eve of Ambedkar Jayanti.

The damaged statue was later found at a dumping yard, evoking strong protests from Dalit organizations who sought action against those responsible.

GHMC officials said since the statue was erected without permission it was removed. They, however, promised to take action against the GHMC employees who loaded the statue on a garbage truck and shifted it to a dumping yard.