Congress leaders in Delhi observed a 'maun vrat' near the lieutenant governor's office in the capital on Monday and demanded the resignation of Union Minister Ajay Mishra Teni. 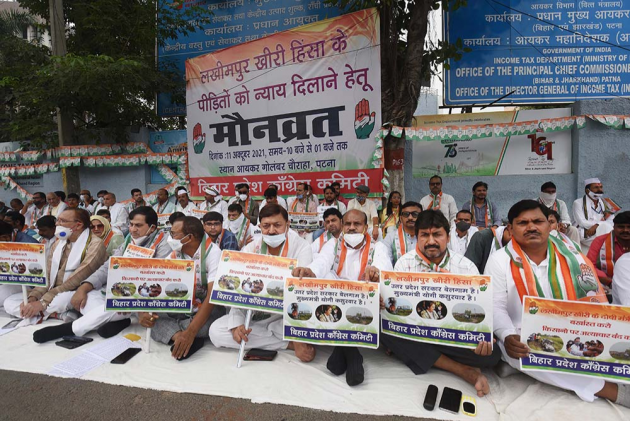 Amid outrage regarding the Lakhimpur Kheri violence case, the Congress has decided to give the government the 'silent treatment'  by participating in a 'maun vrat' (vow of silence) to protest against the violence in Lakhimpur Kheri.

Congress leaders in Delhi observed a 'maun vrat' near the lieutenant governor's office in the capital on Monday and demanded the resignation of Union Minister Ajay Mishra Teni.

Delhi Congress president Anil Kumar and former Union ministers Ashwini Kumar and Krishna Tirath were among those who attended the protest.

Eight people died in the October 3 violence and of them, four were farmers, allegedly knocked down by a vehicle carrying BJP workers. Infuriated farmers then allegedly lynched some people in the vehicles. The other dead included two BJP workers and their driver. 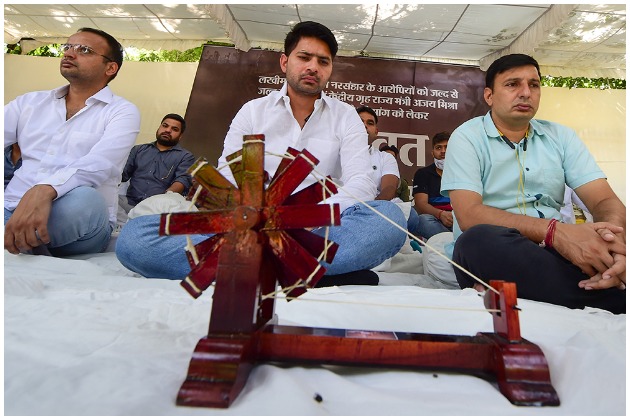 Farmers claimed that Ajay Mishra's son Ashish was in one of the vehicles, an allegation denied by him and his father who say they can produce evidence to prove he was at an event at that time.

"Congress is staging 'maun vrat satyagrah' outside offices of governors and lieutenant governors in states and UTs, demanding resignation and arrest of Union minister of state for home (Ajay Mishra), who may influence the probe in the Lakhimpur incident," Kumar said before starting the protest.

Indian Youth Congress leaders and workers also sat on a 'maun vrat' at the Jantar Mantar.

Not just in the capital, Congress leaders in Bihar also observed 'maun vrat' in Patna.