Repeal of sedition law, omitting criminal defamation clause, setting up Court of Appeals and panel to probe complaints against judges - the party's poll promises are a mix of radical measures and much needed reforms. 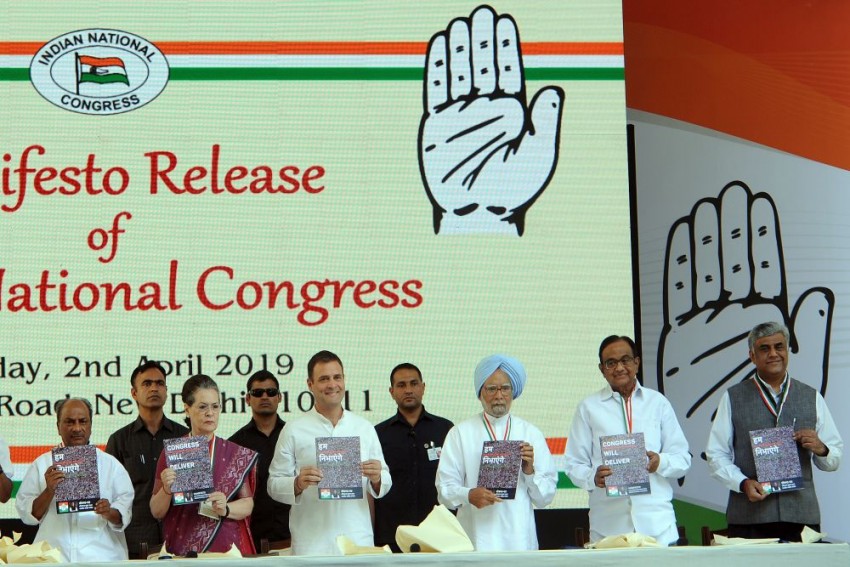 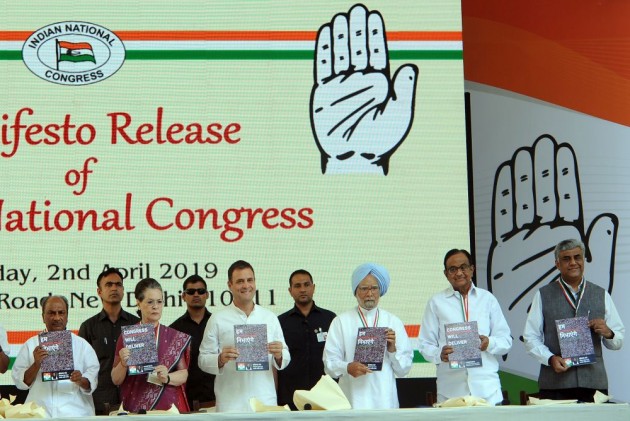 The Congress party’s manifesto for the 2019 Lok Sabha polls, released by party president Rahul Gandhi, on Tuesday, promises some drastic measures for judicial reforms while pitching for a repeal of several draconian laws, including sedition and criminal defamation.

On the judicial reform side, the biggest takeaway from the poll document, drafted after a year-long consultation process which saw members of the party’s manifesto panel hold over 120 rounds of discussions with common folk and subject experts across 60 locations of the country, is the party’s poll promise of introducing a Bill “to amend the Constitution to make the Supreme Court a Constitutional Court that will hear and decide cases involving the interpretation of the Constitution and other cases of legal significance or national importance.”

The promise leaves much unexplained as the Supreme Court currently adjudicates on cases that involve criminal and civil disputes of individuals besides resolving disputes that have ramifications on the interpretation of constitutional provisions.

The party manifesto says that, if voted to power, the Congress will “introduce a Bill to amend the Constitution to establish a Court of Appeal between the High Courts and the Supreme Court, to hear appeals from judgments and orders of High Courts.” In a move that is expected to ease the access for justice to litigants who wish to appeal against judgments delivered by High Courts but can’t follow through because of the deterrent cost of frequently visiting the Supreme Court in New Delhi, the manifesto says that the “Court of Appeal will sit in multiple Benches of 3 judges in 6 locations.” This essentially means that a petitioner based in southern or north eastern India who wishes to appeal against a High Court verdict will, if the promise is implemented, not have to travel all the way to Delhi to file the appeal in the Supreme Court. The litigant can do so at a Court of Appeal that has jurisdiction over the High Court concerned.

The party has also promised eastablishment of a National Judicial Commission (JNC) that will be responsible for selecting judges for appointments tyo the High Courts and the Supreme Court. The promise is a controversial one as the apex court’s judiciary is likely to see this as an impingement on their independence. It may be recalled that the National Judicial Accountability Commission envisaged by the Narendra Modi government had been scrapped by the Supreme Court precisely because it wanted to take away the powers of the Supreme Court Collegium – the five member body of the apex court’s senior most judges – in appointment of judges of the High Courts and the Supreme Court.

The Congress manifesto says that the “NJC will be comprised of judges, jurists and parliamentarians and will be serviced by a secretariat.” The inclusion of parliamentarians in the body that would appoint judges is problematic since this would, irrespective of the facts on record, always lead to insinuations over the political or ideological leanings of a person selected to be a judge by the NJC.

The manifesto says that the “names of suitable candidates (shortlisted by the NJC for appointments as judges) will be placed in the public doman and the reasons for selection will be published to ensure that the entire process is transparent”. The document adds that once the NJC is established, the government will “endeavour to fill every vacancy in the High Courts or Supreme Court within 2 months.”

Another poll promise made by the Congress that is expected to go down well with the masses but trigger displeasure among existing judges is that of establishing an “independent Judicial Complaints Commission to investigate complaints of misconduct against judges and recommend suitable action to Parliament.” At present, the higher judiciary functions in a sort of privileged vaccuum wherein complaints against judges are investigated by a panel of their peers – or the Collegium – and details of the alleged misconduct or the reasons for action taken or witheld against them are rarely ever brought to public notice. The existing system, judges have maintained, is essential to protect the independence of the judiciary as also isolate it from being the target of malicious, ill-intentioned rumours.

The Congress party has also made a big push for review of draconian laws and existing regulations. The highlight of the promises under this subject is, unarguably, the push for scrapping the much misused Section 124A of the Indian Penal Code (IPC) – or, in common parlance, the Sedition Law. The Congress and other Opposition parties as well as members of the civil society have repeatedly red-flagged the need to remove Section 124A from the statute books, arguing that over the past five years the Narendra Modi government has often used the stringent IPC provision, often clubbed with harsh charges under the Unlawful Activities Prevention Act (UAPA) to target anyone who questions the BJP.

The manifesto also pitches for omission of Section 499 of the IPC which makes defamation a criminal offence. If scrapped, the move will also make section 500 of the IPC which lays down the punishment for criminal defamation redundant. As a result, defamation will be made a civil wrong punishable with a fine and not a jail term.