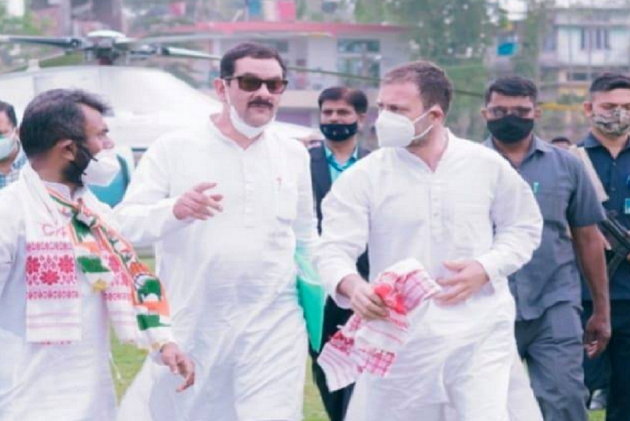 Four-time Congress MLA from Mariani in upper Assam Rupjyoti Kurmi resigned from the party and assembly on Friday morning and said he would join the BJP on Monday while also indicating that more were likely to follow him to the saffron fold.

The Congress is now left with 28 MLAs in the House of 123, after Kurmi’s resignation and the death of two MLAs earlier.

Speaking to the media after handing over his resignation letter citing “various reasons” to the speaker, Biswajit Daimary, he said he had also resigned from the primary membership of the party and had informed party president Sonia Gandhi. In his letter to Gandhi, he said he felt let down by the party for denying him any responsible position despite having worked dedicatedly for all these years. He has been MLA since 2006.

Kurmi’s resignation is likely to inflict further damage on the Congress among the electorally crucial tea tribe community in the state as he was the last remaining MLA representing them in the party. Between him and his mother late Rupam Kurmi, they have held the seat since 1991. The party’s base in tea-rich upper Assam, once its stronghold, has been eroding at a fast pace for the past few years.

“I wanted the party to appoint me as APCC president or as leader of the opposition in the assembly, but was denied the opportunity,” he said.

While blaming Rahul Gandhi for the party’s overall plight in the country, he was particularly critical of the state president – Bora tendered his resignation after both he and the party lost in the recent assembly elections, but is yet to be accepted --  and senior leader and Samaguri MLA Rockybul Hussain for their role in the state . “They have taken the party to ruin in Assam,” he said adding that they were only interested in serving their own cause. “They will not allow the youth to come up and take responsibility,” he said while also blaming some other leaders – without naming them – for remaining silent.

He said the party’s decision to ally with the AIUDF was wrong and led to the party’s defeat in the last assembly elections. “I and others had objected to the alliance but they did not bother to listen and that cost us dearly,” he said adding had the party instead gone with Rajor Dal or Jatiya Parishad it would have done better.

“Having worked for the party for so long I leave with a heavy heart and wish them well,” he said adding at least two more MLAs were likely to join the BJP soon.

Praising chief minister Himanta Biswa Sarma, Kurmi said he would join the BJP on Monday. “I have been in a dilemma over whether I would be able to work for the development of my constituency by remaining where I am, and seeing the way the chief minister is working for the state and its people I am convinced I would be able to contribute more by joining the party,” he said. He said he had discussed about his plans with people in his constituency and they endorsed his decision.