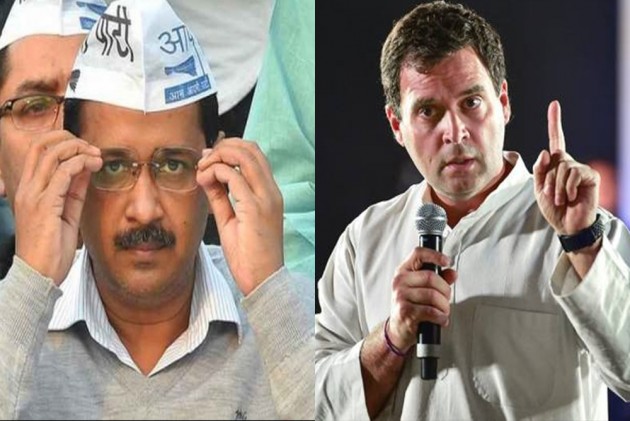 Congress on Monday dismissed Delhi Chief Minister Arvind Kejriwal’s claims that party president Rahul Gandhi has refused to forge an alliance with the Aam Aadmi Party (AAP) and said the party is still open for a partnership.

Speaking to Outlook, AICC general secretary P C Chacko said there's still a possibility of a pact with AAP and both the parties are working on a consensus formula.

Earlier during the day, talking to reporters at Delhi airport, Kejriwal had said that he had met Rahul recently and the Congress president had refused “to join hands with AAP”.

Denying Chief Minister’s claims, Chacko said he is not aware of Rahul’s meeting with Kejriwal.

“We are not aware of Kejriwal’s announcement and I have no idea why he said that. Congress is still open for a tie-up with AAP and the modalities are being worked out,” Chacko said.

While speculations were rife about a possible pact between both parties, Delhi Congress chief Sheila Dikshit on Sunday said the final decision on partnership will be announced in a day or two. "TV channels are running the news that a decision will be out today. That's not true. It takes time as we have to do a lot of homework on seat- sharing and other issues," she said.

Congress’s selection of candidates has also sparked rumours that the party is closing its dialogues with AAP.

“Though we have decided on some candidates, it doesn’t mean that it’s the end of dialogues. We haven’t filed any nominations yet.  And the notification for Delhi is yet to come. It's a regular process for any party,” Chacko said.

Delhi goes to polls on May 12, but both Congress and AAP are yet to reach an amicable formula on the partnership for the seven seats, where the Congress had drawn a blank in 2014.

While AAP leaders accuse the Congress of indecisiveness, Congress state leaders remain a divided house.  Though central leadership was in favour of the alliance, the decision is hanging in balance after state leaders failed to reach a consensus. While a section of Congress leaders led by Dikshit oppose the alliance, a group of leaders led by Chacko are in favour of a pact with AAP. However, both groups now maintain that the Congress president will take the final call.