'Hurt By Rahul Gandhi Calling All Those With Modi Name As Chor', Says Sushil Modi; To File Defamation Case 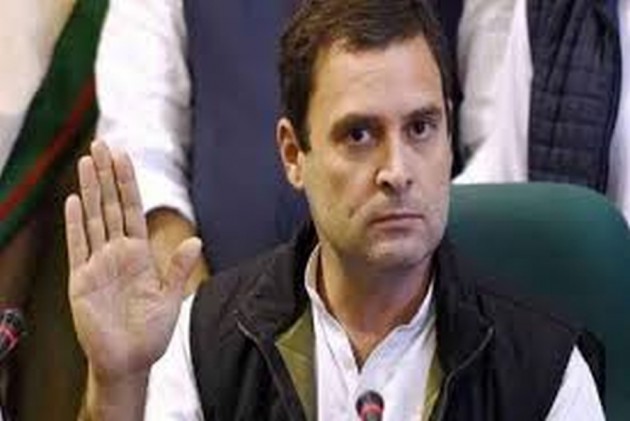 Bihar Deputy Chief Minister Sushil Kumar Modi on Tuesday said he will file a defamation case against Congress President Rahul Gandhi for his reported statement that "all thieves have Modi in their surnames".

“I was deeply hurt by Rahul Gandhi’s statement wherein he remarked that all those who are chor (thieves) shared the Modi surname. Besides insulting the Prime Minister, he has hurt me personally as I share the same surname. Hence, I would be suing him for defamation,” the senior BJP leader told the reporters in Patna.

"It is not only objectionable, but it defames and hurts the sentiments of everyone who has the Modi surname," he said.

Sushil Modi is one of the star campaigners of the BJP and NDA in Bihar and has been addressing election meetings in different parliamentary constituencies daily.

As per the NDA's seat-sharing formula, the BJP and the Janata Dal-United are contesting on 17 seats each in Bihar, leaving six seats for the Lok Jantantrik Party.

Gandhi, who has rankled the BJP with his chowkidar chor hai jibe over alleged irregularities in the Rafale deal, has also been accusing the Prime Minister of colluding with Nirav Modi and Lalit Modi both wanted in different corruption cases and currently on the run.

In an attempt to pepper his attacks with sarcasm, he has of late been saying why is it that all the thieves have the same surname Modi.

"I have for long been saying that Sushil Kumar Modi is directly involved in the Srijan scam. If he is so upset over an indirect remark by Rahul Gandhi, let me add upfront Sushil Kumar Modi is a thief. Now let him sue me for defamation," said the RJD heir, whom the BJP leader has succeeded as Deputy CM.

Currently being investigated by the CBI, the Srijan scam pertains to fraudulent withdrawal of thousands of crores from the treasury, and illegal transfer of the money into accounts of an NGO based in Bhagalpur with branches in several other districts.