Does Rahul Gandhi understand what is monetization, the finance minister asked. 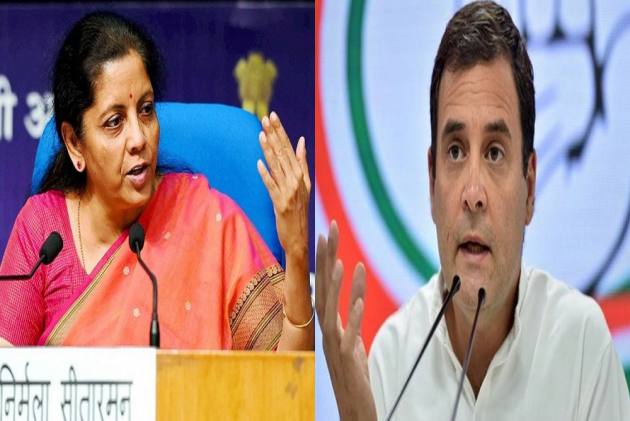 Union Finance Minister Nirmala Sitharaman on Wednesday hit back at the Opposition who launched a scathing attack on the Centre criticising the Rs 6 lakh crore monetisation plan.

Speaking to reporters in Mumbai, Sitharaman said it is Congress that received “kickbacks” by selling resources such as land and mines.

She reminded that the governments headed by the Congress raised Rs 8,000 crore by monetising the Mumbai-Pune expressway, and in 2008, it was the UPA government that floated the request for proposal to lease out New Delhi Railway Station.

Recalling an incident where Gandhi tore off an ordinance he didn't agree with, Sitharaman questioned why he didn't tear off the RFP.

“If he indeed is against monetisation, why was the RFP on the monetisation of NDLS torn to pieces by Rahul Gandhi? And if this is monetisation, did they sell off the New Delhi railway station? Is it owned by jijaji (brother in law) now? Does he understand what is monetisation?”

Seeking to address concerns on cronyism and sell-offs of assets created over 70 years, Sitharaman reminded the Congress of the Commonwealth games.

“… what did happen during CWG? Within one CWG, they finished all that which can be creamed out into the accounts of their cronies,” she said.

Sitharaman reiterated that the asset monetisation plan does not involve selling off assets, and the assets will be handed back to the government.

“They are brownfield assets which are completed but under-utilised. If the government has to utilise it better, it has to be through monetisation process wherein it will be put to effective use with a bit more addition to spruce it up to bring it up to utilisation,” she said.