Randeep Surjewala told reporters that the advertisements have been presented in a manner on the front page of every newspaper 'to prejudice the minds of the voters of Assam'. 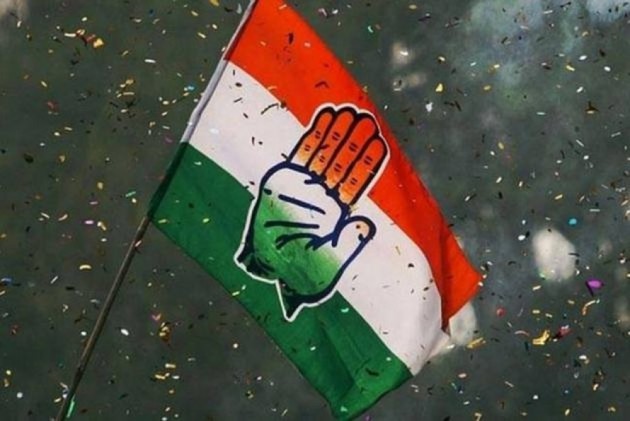 With the BJP disseminating ads that claim BJP winning all seats in upper Assam, the Congress on Sunday said it is in violation of the Representation of the People Act and urged the Election Commission to register FIRs against BJP chief J P Nadda and Assam Chief Minister Sarbananda Sonowal.

They said such advertisements are in clear violation of the directions given by the EC that no one can make predictions of the results during the prohibited period.

"We pray to the EC to take all such actions as may be necessary and required in law, including direction for registration of offences against Sarbananda Sonowal, J P Nadda and Ranjit Kumar Dass for the blatant violation of Model Code of Conduct and the RP Act, 1951," the Congress stated.

The party also demanded action against the media publishing such advertisements.

Assam goes to polls in three phases and the first phase of polling was held on March 27.

"The Bharatiya Janata Party (BJP), after realising that their defeat is inevitable, has resorted to desperate illegal and unconstitutional methods to influence voters across the state," the Congress said in a memorandum to the poll body.

The Congress leaders alleged that in a "pre-planned conspiracy” and in order to “defraud the voters of Assam”, Sonowal, Nadda, Assam BJP president Ranjeet Kumar Dass and other BJP members and functionaries "willfully and knowingly have today issued advertisements camouflaged as political predictions as headlines on front page, in various newspapers throughout Assam”.

They said through such ads, the BJP leaders have disseminated "false/untrue outcome of the results" of the first phase of voting in Assam and have "falsely claimed that BJP will win all constituencies of upper Assam".

Surjewala told reporters that the advertisements have been presented in a manner on the front page of every newspaper "to prejudice the minds of the voters of Assam".

"The advertisements have been presented in a manner so as to look like a 'newspaper headline'. This deliberate, malicious and malafide set of advertisements are in clear violation of Section 126A of the Representation of the People Act, 1951, which is punishable up to two years of imprisonment and fine," he said.

"These desperate acts of the BJP have been carried out with malice to soil the fairness of the electoral process, to save their sinking ship and gain undue advantage in the Assembly elections of Assam. It should be dealt with by the ECI with the strongest possible action under law," he added.

The Congress leader asserted that the poll body is mandated to safeguard the voters’ democratic and fundamental right to vote freely and without undue influence.

"We request the Election Commission to exercise its power under Article 324 of the Constitution of India to preserve the doctrine of free and fair elections and register FIRs against the persons mentioned. We also urge the Commission to direct all news publication and channels to desist from abetting the crime being committed by BJP leaders as also to adhere to and follow the EC instructions of March 26," he said.