The Supreme Court on Thursday gave a clean chit to the Narendra Modi government in the Rafale fighter jets deal case. 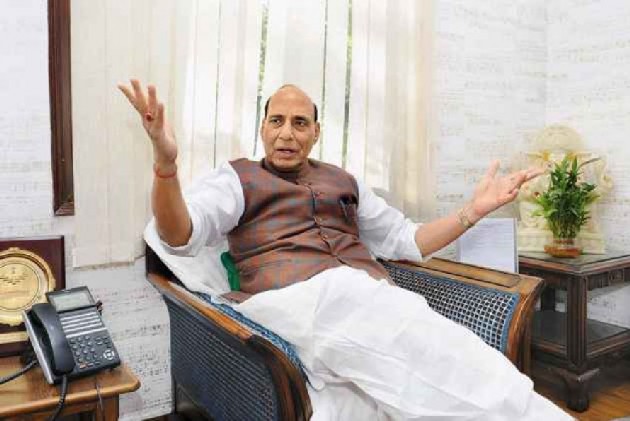 Slamming the Congress after the Supreme Court dismissed Rafale review petitions, the BJP on Thursday sought an apology from the grand old party for levelling allegation of corruption against Prime Minister Narendra Modi.

Defence Minister Rajnath Singh said the allegations of corruption were aimed at maligning Prime Minister Narendra Modi and demanded that the Congress apologise for it.

In a series of tweets, the Defence Minister demanded the Congress should apologise for "misleading the people".

"The people of India will not forgive the Congress for their slanderous campaign and calumny. Congress should apologise for misleading the people," he added.

Now, it has been proved that disruption of Parliament over #Rafale was a sham. The time could have been better utilised for the welfare of people.

After today's rebuke from SC, Congress and its leader, for whom politics is above national interest must apologise to the nation.

Shah also said, "SC order on Rafale is a befitting reply to malicious campaigns of some leaders".

The Supreme Court on Thursday gave a clean chit to the Narendra Modi government in the Rafale fighter jets deal case, saying review petitions were without merit.

The court rejected pleas which had sought re-examination of the December 14, 2018 verdict which said there was no occasion to doubt the decision-making process in the procurement of 36 Rafale fighter jets.

"The allegation of corruption in Rafale deal was nothing but an attempt to malign the clean and honest image of PM Narendra Modi and his Government. The people of India will not forgive the Congress for their slanderous campaign and calumny. The Congress should apologise for misleading the people," he said while attending the Maitree Diwas celebrations at Tawang in Arunachal Pradesh.

"The allegations made by certain political parties and their leaders in Rafale jet purchase were extremely unfortunate, unwarranted and laced with malicious intent. The verdict has rightly cautioned such politicians to be careful while making wild allegations," he said.

He said the purchase of Rafale jets was done in a completely transparent manner, keeping in mind the urgency to update and upgrade India’s defence preparedness.

"The issues pertaining to defence preparedness and national security should never be politicised. I wholeheartedly welcome the Supreme Court’s categorical dismissal of the review petitions in the Rafale case and with this pronouncement the NDA Government stands vindicated. The SC verdict is also a judgement on our Government’s transparency in decision making," he said.